At this critical hour, with instability in Turkey becoming explosive, what is required of the Greek government is calm and prudence. 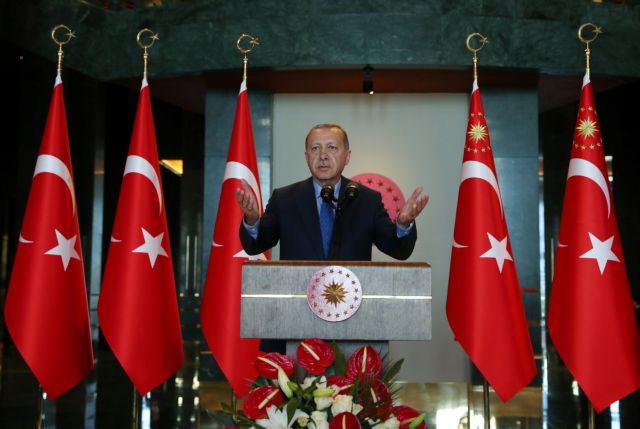 There is a revealing phrase in the speech delivered by Turkish President Recep Tayyip Erdogan on Saturday, near the Black Sea.

“Shame on you,” he said, addressing the US government. “You prefer a pastor to a strategic Nato ally.”
Emboldened by the huge powers he has accrued, and with ever increasing contempt for democratic institutions, the Turkish president believes that he can use a foreign national as a negotiating weapon to exert pressure, and can blackmail in order to exact concessions.

He did the same with the two captured Greek army officers, hoping to exchange them for eight Turkish military officers who were granted asylum in Greece.

He also did it with the American Pastor Brunson, using him to ensure the extradition of his erstwhile friend and current arch-enemy Fethulla Gulen, to close the affair of Turkey’s Halkbank, which was convicted of violating sanctions on Iran, and to shift Washington’s stance on the Kurds.

No civilised country can succumb to such blackmail. Erdogan’s inability to understand that is leading his country to political isolation and economic catastrophe.

The shift towards Russia cannot easily allay the concerns of Turkish citizens, who fear for their bank deposits.

God, as a counterbalance to the dollar, is directed only to the backward masses of the Turkish hinterland.

At this critical hour, with instability in Turkey becoming explosive, what is required of the Greek government is calm and prudence.

The counterbalance to authoritarianism and theocracy is democracy.

TANEA Team 13 Αυγούστου 2018 | 18:16
Share
Δείτε επίσης
Περισσότερα άρθρα για Αγγλική έκδοση
In times of tensions military service is viewed as a national duty Editorial: Incentives for early military service
An emotional start in taking a position on developments in the region would be catastrophic Editorial: A measured response to Israeli-Palestinian conflict
The alternate interior minister said problems with COVID-19 self-tests will be resolved by the end of May Government poised to abolish mandatory SMD to leave home, working to solve self-test problems
If Syriza believes it can garner political gains with daily political transformations it is sorely mistaken Editorial: Political vertigo
Santander Consumer Finance begins activities in Greece
Evangelos Marinakis: Post-Covid Shipping and the Environment – Green Energy Investments
The US ambassador says Biden has “opened up a new vocabulary of cooperation” with Greece Pyatt see deeper US-Greece strategic ties under Biden administration
The case will be re-tried in the framework now set by the Council of State Bombshell Council of State ruling accepts state’s vaccine side-effect liability
May Day should be honoured with a single march each year Editorial: Unity
Transcending the collective crisis will require leadership and not troublemakers Editorial: Messages
After a six-month shutdown, workers in the restaurant business laid the tables Editorial: The first step
The government has repeatedly said that the existing framework is outdated Battle royal looms over government bill overhauling labour relations, limiting strike action
The labour trade union movement is an invaluable and irreplaceable weapon of workers An urgent need for the rebirth of the trade union movement
Editorial: The pendulum of American politics
The thirty-somethings rushed to be vaccinated for the sake of their families and their friends Editorial: Front-and-centre