Editorial: A punch in the gut

The complete lack of protection and solidarity from those near to Thymios Bougas, and the endless torturous bullying that led him to seek isolation, is something that concerns all of Greek society. 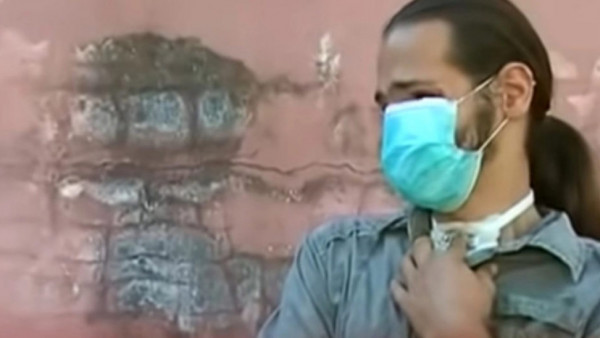 The trials and tribulations of 39-year-old Thymios Bougas (who suffered years of vicious bullying at the hands of his peers and then left his hometown of Tripolis and went into hiding for 15 years with nobody knowing his whereabouts until recently) are not something that is of concern only to his neighbours, his city, or the police.

The way he lived for the last 15 years, his being chased by young people for whom mocking and taunting him was their idea of good fun, the complete lack of protection and solidarity from those near to him, and the endless torturous bullying that led him to seek isolation, is something that concerns all of Greek society, Greek families, Greek schools, the media, institutions, and the justice system.

We must confess that it would be convenient to cover up this shocking story. It would have been easier for Thymios to forgive those who systematically bullied him, for him to return to his family and visit a social worker, so that we could all say all’s well that ends well.

The restart that he needs in his life, however, does not imply that all that he suffered should be written off. The past must not be forgotten.

How is it possible in a large Greek city for kids to chase a person for days, months, and years, and to throw firecrackers, bottles, and light bulbs at him, in order to hurt, degrade, and crush him?

Where were their parents, their teachers, and those responsible for protecting public order and human life?

Thimios’ statement in an interview published in the weekend edition of Ta Nea – “I no longer trust people.” – is a punch in the gut.

Others before him have said the same – abused women, abandoned elderly people, and people who through a bad twist of fortune lost their jobs and left their homes and ended up on the street.

No authority, no organisation, and no health system should leave such people alone and defenceless.

Thimios does not want to remember his family, and he has forgotten what it means to have a friend.

Yet, he will start over, and a warm smile certainly will help.

TANEA Team 26 Ιουνίου 2022 | 23:13
Share
Δείτε επίσης
Περισσότερα άρθρα για Αγγλική έκδοση
Greek side is obliged to be, as it is, in a constant state of readiness Editorial: Composure
In the long term, liberal democracy is “condemned” to win Editorial: A serious mistake
The PM stressed that the tapping was legal Mitsotakis denies prior knowledge of phone tapping of Androulakis, pledges reform, tight oversight of EYP
Resignations are not enough, nor would a cabinet reshuffle or snap election suffice Editorial: Transparency now!
Citizens seek persuasive solutions to the problems of daily life Editorial: Restoring trust in political parties
Last year in Greece there were 17 femicides Editorial: An urgent wake-up call
Stavros Psycharis never allowed himself to become subjugated. He never censored. Editorial: The death of a journalist
Psycharis He began his long career at the Lambrakis Press in 1972 Renowned journalist, publisher, entrepreneur Stavros Psycharis has died age 77
It is inconceivable for the average citizen to be defenceless amidst major economic trials Editorial: A model programme
Greece now has experience and an enhanced plan of deterrence Editorial Ta Nea: Maintaining composure
'I truly feel that the future of humanity is dark' God at Ground Zero: How a Mount Athos monk fit 9/11 into Byzantine iconography
Hatzidimitriou shattered the stereotype that women are not good at maths Editorial: Worthy role Models
A great reform was necessary but seemed unfeasible0 Editorial: Modernisation of the state
Editorial: The need for an in-depth investigation
Justice delayed is justice denied Editorial: Swift justice