It was the late culture minister Melina Mercouri who in 1984 launched a strong international campaign for the return of the Marbles. For Mercouri, it was a lifelong mission. 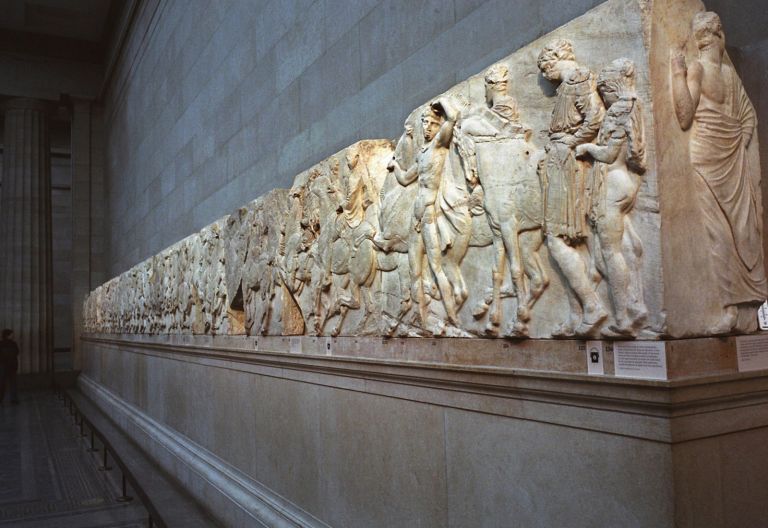 In a milestone move, UNESCO has issued a separate decision on the need for the UK  to return the Parthenon Marbles to their home beyond the positive recommendations that it has issued for years.

The decision issued at the 22nd Session of UNESCO’s Inter-Governmental Committee asks the British government to urgently review its policy.

It calls for UK-Greece political negotiations on the issue, thus dismissing the British government’s formalistic claim that only the Trustees of the British Museum have the authority to decide on the issue.

It is the first time that there has been a unanimous vote on this sort of decision, which is perhaps the boldest call on the UK to return the Parthenon Sculptures to date.

UNESCO also supports Greece’s legal grounding in requesting the return of the sculptures.

A statement issued yesterday by Culture Minister Lina Mendoni welcomed the decision ((Decision 22 COM 17), and underlined that it was the late culture minister Melina Mercouri who in 1984 launched a strong international campaign for the return of the Marbles.

For Mercouri, it was a lifelong mission.

“Greece’s request for the final return of the Parthenon Marbles has perpetually been on the agenda of the Inter-Governmental Committee for Promoting the Return of Cultural Property. At the 22nd Session, which concluded yesterday evening, Greece achieved, aside from the issuance of the (regular) recommendation – which refers to the bad conditions in which the Marbles are exhibited in the British Museum – a decision of the Inter-Governmental Committee specifically on the return of the Parthenon Marbles. The Committee urgently calls on the UK to review its position, and notes especially that Greece is justly and on legal grounds requesting the return of the Marbles to their birthplace. Both texts – the recommendation and the decision – are a particularly important development for our country,” Mendoni said in her statement.