The problem is that despite various indications Turkey’s next moves remain unknown because we have not yet learned to read them properly. 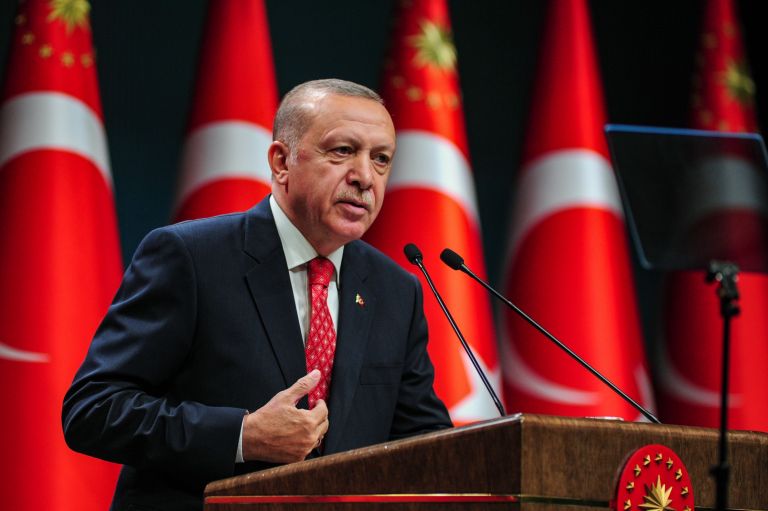 If the situation in the Eastern Mediterranean is a mathematical equation, then Turkey is the unknown denominator.

Its leadership is unpredictable and unchecked and has a habit of transcending the boundaries that have been set in order to achieve a modicum of understanding.

This is not the first time that Turkish President Recep Tayyip Erdogan is risking his relations with the Western world.

Nonetheless, his strategy of maintaining heightened tensions that began at the end of 2019 - with a massive push to send migrants over the border with Greece - and is continuing with the issuance of a series of NAVTEX caught both Greece and the EU off guard.

Even today we cannot be certain what Erdogan’s next step will be as he must manage a variety of fronts both domestically and abroad.
In Turkey, his sacking of his son-in-law and finance minister, Berat Albayrak, shows that Edogan will not hesitate to sacrifice even family members in order to stay in power.

Meanwhile, developments in Nagorno Karabakh and the approach in dealing with the Cyprus problem after the rise of Ersin Tatar to the Turkish-Cypriot leadership are an indication of what we can expect from Ankara in terms of its foreign policy.

The problem is that despite various indications Turkey’s next moves remain unknown because we have not yet learned to read them properly.

Everyone expected that the election of Joe Biden would reduce tensions in our neck of the woods but that did not happen.

Every equation, however, has a solution.

Instead of waiting for surprises and acting after the fact it would be more useful to learn to evaluate the information we have at our disposal.

In other words we must deprive the other side of its strongest weapon – the element of surprise.

TANEA Team 13 Νοεμβρίου 2020 | 15:43
Share
Δείτε επίσης
Περισσότερα άρθρα για Αγγλική έκδοση
We have the weapons. We have fine scientists. We have the experience. We can. Editorial: Urgency
There were delays and tragic omissions in offering proper services to patients Positive Voice in a rough terrain: A look back at the history of HIV/AIDS in Greece
Greece has a multi-faceted policy in its foreign relations and that is how it should continue Editorial: Sobriety in foreign relations
We see irresponsible behaviours and an attitude that the virus is no longer with us Editorial: Behaviours
The virus recognises no geographical borders Editorial: Nobody is safe
Delays and foot-dragging have long led even to the denial of justice Editorial: Expediting justice
Erdogan’s insistence on keeping interest rates low led him to fire three central bankers Editorial: Turkey’s lonesomeness
Turkey traditionally exports its domestic crises Editorial: Turkey's domestic, foreign crises
Nobody has the right to deny their share of responsibility in the common effort Editorial: Joining forces to confront the pandemic
Of intubated patients, 83 percent are unvaccinated or partially vaccinated EODY: 105 COVID-19 deaths, 7,287 infections confirmed in the last 24 hours, 608 intubated
We must continue to insist that the state is obliged to be citizen-friendly Editorial: 'Guinness World Record'
Behind Lukashenko stands Putin, who backs and assists him Editorial: European sovereignty
The pandemic is an issue of life and death, and the protection of public health is a common aim Editorial: Consensus on managing the pandemic, even at the last minute
The measures announced are tantamount to an at least partial lockdown on the unvaccinated Mitsotakis announces partial lockdown on unvaccinated citizizens, tougher enforcement
Greece accuses Sanchez of ignoring EU decisions after agreement to sell aircraft carrier to Turkey