Can the foundations of a new economic paradigm for the EU be laid without a new agreement, without a sort of New Deal? 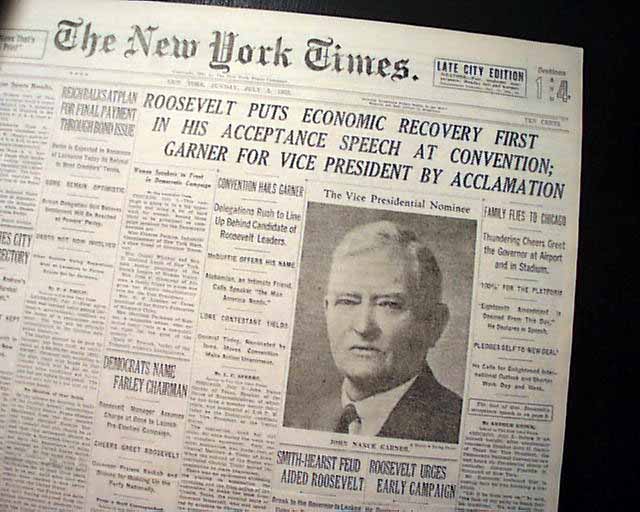 It is always good not to have great expectations when it comes to EU summits, especially one like today’s, where leaders will not have personal contact but instead will slug it out via teleconference due to the pandemic crisis.

Yet it is precisely this public health crisis that raises the bar for all involved.

It mandates that a debate should begin on how to redesign the EU’s economy.

The reason is simple. The system designed after WWII has reached its limit.

If this is a war that we are witnessing then the end cannot but be accompanied by a new beginning, which is to say a new economic model.

Can the foundations of a new economic paradigm be laid without a new agreement, without a sort of New Deal such as that adopted by FDR which pulled the US and by extension the global economy out of the Great Depression of the 1930’s.

Europe stands divided and the current crisis is intensely testing its endurance and cohesion.

Yet the EU is too great an economic power not to provide its own answers to the enormous challenges that are already resulting from this war.

Seventy-five years ago Europe passed the baton of world hegemony, but the post-war world has come to an end and the EU cannot afford to act like a mere bystander.

TANEA Team 23 Απριλίου 2020 | 17:45
Share
Δείτε επίσης
Περισσότερα άρθρα για Αγγλική έκδοση
Mr. Biden is called upon to achieve a total comeback of America Editorial: Pursuing a US comeback
The president spoke forcefully about the 6 January Capitol siege National unity the focus inaugural address as Biden is sworn in as 46th president of deeply divided country
At the core of the Greek #MeToo movement lies a problem that affects both women and men - the abuse of power. Editorial: To the very end
Λογαριασμός τίτλου
There are about six months to go until summer, by which time herd immunity is expected to be achieved Editorial: Pursuing an EU-wide travel certificate
Editorial: Pursuing an EU-wide travel certificate
Small steps are usually the greatest ones. Combined, they lay the groundwork for a new era Editorial: Tax reform
The talks began in 2002, when Pasok's Costas Simitis was PM and George Papandreou was foreign minister Greek-Turkish exploratory talks to resume on 25 January amidst international pressures
The return to normalcy is the greatest challenge confronting the incoming president Editorial: Normalcy
The framework for protests aims to deepen law enforcement while limiting deviant acting out Editorial: Strategy
Editorial: Restart
Editorial: Details
Editorial: The need for stability
Europeans hope to reclaim their lives with huge EU COVID-19 vaccination rollout
Greece begins COVID-19 vaccination with top officials as nearly 10,000 Pfizer vaccines trickle in