One hopes that projections will not be confirmed and that Britain will return to normalcy by remaining in the EU. 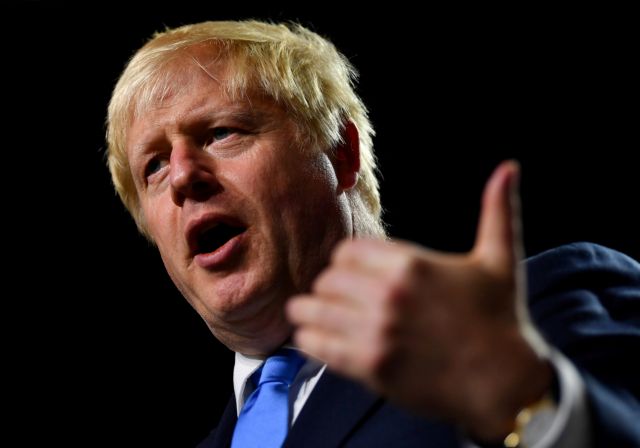 Great Britain was once a naval superpower but now it is sailing in the uncharted waters of a no-deal Brexit.

No one can project precisely the repercussions of such an eventuality or their extent.This path toward the unknown does concern only the UK.It is an economic event of such magnitude that it can affect the global economy.

Brexit, if it occurs, will trigger in all likelihood an international economic shock.

A number of analysts believe that the shock will trigger recession.

They are not Cassandras in predicting this, but rather obsservers of the chain of events.

If this negative projection is confirmed it means that many large national economies will slow down.

That sudden slowdown will obviously not leave smaller economies unaffected.

Such a tidal wave could well affect the Greek economy.

That danger undermines the Greek government’s plan to bring about a major increase in the growth rate in the near future which would allow it to negotiate a lowering of Greece’s memorandum-era primary surplus commitments.

One hopes that projections will not be confirmed and that Britain will return to normalcy by remaining in the EU.

Still, the Greek government must be prepared for very eventuality.

Our country has also been a naval force and it is well aware of uncharted waters.

Μωρό γεννήθηκε με… νεύρα – Το «απειλητικό» βλέμμα στο γιατρό
TANEA Team 31 Αυγούστου 2019 | 11:15
Περισσότερα άρθρα για Αγγλική έκδοση
Editorial: Pillar
Editorial: Crisis
Government and opposition are skirmishing over the rubble in Mati Editorial: Duty
As it turned out Mega was too big to die Editorial: The return of Mega Channel
The government cannot address the problem of school violence on its own Editorial: Wave of violence
Job creation is the overarching aim so that society can prosper Editorial: Automatic pilot
Right now there must be delicate diplomatic manoeuvres abroad and a solid front domestically Editorial: Consensus
Editorial: Delusions
Editorial: Readiness
It seems that freedom of speech cannot be taken for granted in our country Editorial: Fascism
At last it seems that reason is prevailing over belief and superstition about vaccines Editorial: Sirens
Dialogue must continue to be a basic pillar of Greek foreign policy Editorial: Dialogue
SYRIZA links Oruc Reis incident to Turkey's disputation of Greek sovereignty over Aegean islets
The state is obliged to determine which groups are serving humanistic ideals and which are simply exploiting human misery Editorial: Investigation
Electronic prescriptions a much-needed push toward digital modernisation