Editorial: Elections were the only option

The decimation of the ruling party cannot be intrerpreted as a huge victory for the main opposition party. 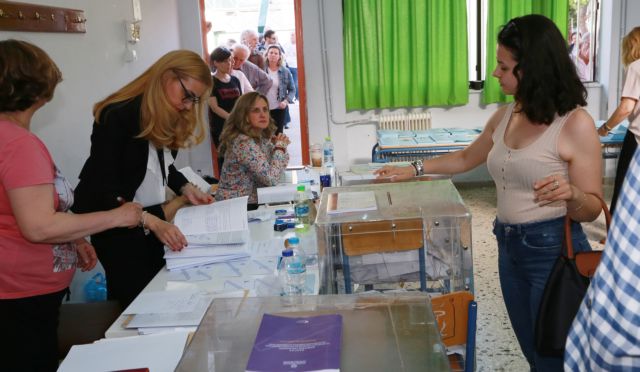 The results of the 26 May European Parliament and local elections can only be described as a thrashing for the government.

The outcome was a clear condemnation and denunciation that leaves little room for interpretation.The message of the European Parliament election must be interpreted as a demand for an early general election.

It is a message and demand that the prime minister could not have ignored, as much as he tried to spin and prettify his devastating defeat.

Calling a general election was the only option. The government was obliged to respect the verdict of the people and immediately call parliamentary elections, thus opening a new electoral cycle.

Government policy was condemned and the four months remaining for the government to complete its four year term in office are not sufficient to reverse the current of disapproval that has become entrenched in Greek society.

On the other hand, it would be wrong for the winner of the election, New Democracy, to interpret citizens’ disapproval of SYRIZA solely as approval of ND.

The decimation of the ruling party cannot be intrerpreted as a huge victory for the main opposition party.

Yesterday’s elections proved that the centre-left has endured as an autonomous part of the political spectrum and SYRIZA was defeated in that regard as well.

Its effort to pillage the base of the centre-left failed as Movement for Change voters were not persuaded by the “bridge-makers” who hastened without their supporty to back the government.

TANEA Team 27 Μαΐου 2019 | 18:43
Share
Δείτε επίσης
Περισσότερα άρθρα για Αγγλική έκδοση
Mitsotakis underlined Greece’s crucial geostrategic position PM Kyriakos Mitsotakis’ historic speech to Joint Session of US Congress (full text)
A party without self-criticism and renewal cannot move forward Editorial: Political parties transforming
Greece’s role as an energy hub must be emphasised Editorial: Opportunities
Mitsotakis-Biden talks: Greek-Turkish relations, the war in Ukraine, wayward Turkey’s new role in NATO
It is not in Greece’s interest for Turkey to be isolated or humiliated Editorial: Opportunity
The Marshall Plan prioritised rebuilding export capacity How should a Marshall Plan for Ukraine work?
Drop in COVID-19 deaths - number of infections, intubated patients stable, hospital admissions rise
Policing of universities is an unpleasant but necessary measure Editorial: No excuse
A strict price inspections policy is needed to curb untrammelled price hikes Editorial: Dealing with inflation
Editorial: Axes
Ta Nea has repeatedly called for decisive action Editorial: University police force plan on the back burner
Everything depends on how the social media are used Editorial: Words
SYRIZA’s gains in 2012 were a Pyrrhic victory. Editorial: Populism
There will be a 600 euro cap on the rebate Amidst uproar over skyrocketing energy costs, Mitsotakis announces rebates for households
This is the 12th anniversary of the deadly arson attack Editorial: Radio silence