What national interest is served by having film industry executives and ministry staff traveling on a regular passenger ship to see Greece’s beauties even as the competent deputy minister was sailing on a yacht? 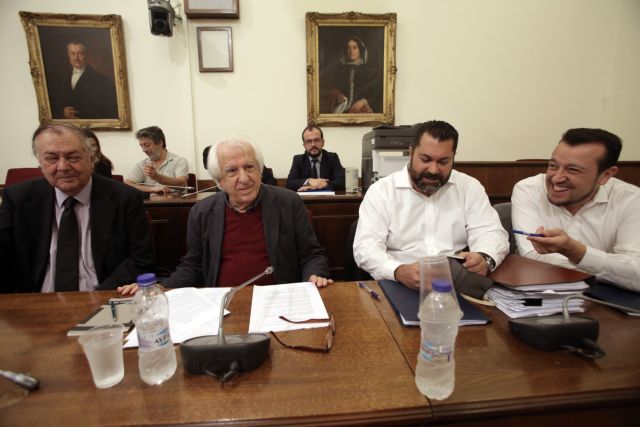 The prime minister says he vacationed on a yacht to protect his privacy.

One of his ministers traveled on a yacht in order to charm film executives.

There will always be some reason for one to use a yacht and a minister who had the opportunity to experience the comfort of a luxury yacht will no doubt have his own reason.

Why should they do this secretly?

The answer is simple. A government that denounces the elite does not want public opinion to know that its members enjoy the perks of the elite.

A legal commentator opined that the PM’s aim was to deceive citizens.

The minister said that he used the yacht in order to promote the aim of luring film productions to Greece.

What national interest is served by having film industry executives and ministry staff traveling on a regular passenger ship to see Greece’s beauties even as the competent deputy minister was sailing on a private luxury yacht?

Who covered the cost of this lonesome trip? Did the minister or the prime minister pay for it or was it the state? Was it an undeclared gift, as was the case with the PM?

The press in a democracy reveals and raises questions on behalf of the citizenry.

In the meta-democracy of the government, however,  a segment of the press hides events, backs government actions, and is annoyed by the revelations made by others.

Instead of checking power it protects it even on yachts – or rather mainly there.

Νέες φωτογραφίες δείχνουν τον ειδικό φρουρό να απειλεί φοιτητές μέσα στην ΑΣΟΕΕ
TANEA Team 21 Μαΐου 2019 | 14:48
Δείτε επίσης
Περισσότερα άρθρα για Αγγλική έκδοση
In the economy words can help shape the climate but deeds yield results Editorial: Profile
Democracy has a duty to defend itself Editorial: Adventure
Editorial: Pillar
Editorial: Crisis
Government and opposition are skirmishing over the rubble in Mati Editorial: Duty
As it turned out Mega was too big to die Editorial: The return of Mega Channel
The government cannot address the problem of school violence on its own Editorial: Wave of violence
Job creation is the overarching aim so that society can prosper Editorial: Automatic pilot
Right now there must be delicate diplomatic manoeuvres abroad and a solid front domestically Editorial: Consensus
Editorial: Delusions
Editorial: Readiness
It seems that freedom of speech cannot be taken for granted in our country Editorial: Fascism
At last it seems that reason is prevailing over belief and superstition about vaccines Editorial: Sirens
Dialogue must continue to be a basic pillar of Greek foreign policy Editorial: Dialogue
SYRIZA links Oruc Reis incident to Turkey's disputation of Greek sovereignty over Aegean islets