The observation of the Hellenic Federation of Enterprises [SEV] that the longer the pre-election period the greater the danger of a transient recession is noteworthy. 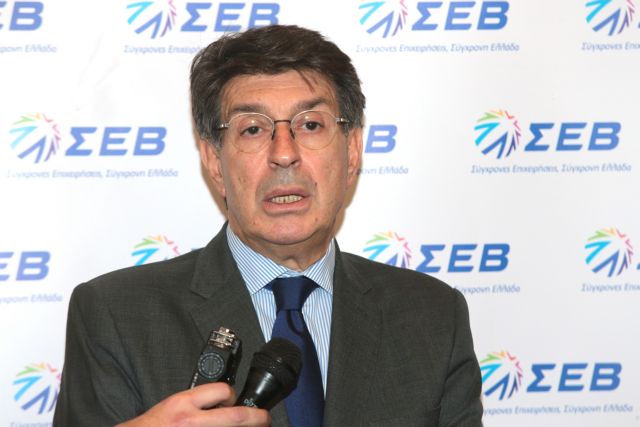 Greece is theoretically one of the world’s mature democracies, but unfortunately not to the degree that its geographic location and conditions would mandate.

Greece is perhaps the only European country where political life literally paralyses before an election. The state lacks continuity and is managed in piecemeal fashion. The state machine freezes with a view to the upcoming political transition.

Naturally, it is the economy that suffers because of this outlandish situation.

The damage to the economy is even greater if one is to take into account the fact that electoral cycles are often protracted.

The observation of the Hellenic Federation of Enterprises (SEV) that the longer the pre-election period the greater the danger of a transient recession is noteworthy.

The president of SEV also underlined that electoral handouts and the loosening of fiscal discipline will only create more problems for the economy.

The government cannot ignore this reality. If it wishes to slug it out until the end of its term in October it must put the brakes on its intense electoral activity.

If the aim is to surprise with snap elections, then it must finally declare its intentions.

It is not just industrialists and big business that will pay the piper for political games with the economy.

It will again be Greek taxpayers – the very people who shouldered the burden of an unbearable crisis.

TANEA Team 18 Απριλίου 2019 | 21:11
Share
Δείτε επίσης
Περισσότερα άρθρα για Αγγλική έκδοση
A businessman has the right to bar entry to his or her establishment of unvaccinated people Editorial: Reaching an understanding
Editorial: Privileges
The NATO Summit is bound to be newsworthy as it is Biden’s first Editorial: Lines
The government must ensure that the path toward modernisation will begin. Editorial: Changes
Covid free Kythnos island – 100% of the population vaccinated
Tourism minister in the Netherlands
There are strikes, like the one at the port, held just for the sake of declaring them Editorial: Conceptions
Ideally, we should fashion a new social and economic model for Greece Editorial: Model
The government must urgently undertake necessary initiatives to root out organised crime Editorial: Root out organised crime
COVID-19 vaccines and immunity: We are not among the lucky ones
Our era requires balances, seriousness, planning, and of course to defend one’s red lines Editorial: A coordinated foreign policy
The Turkish Foreign Minister confirms that the big goal is to convene a Mitsotakis – Erdogan meeting Exclusive Interview TO VIMA – Mevlut Cavusoglu: The “keys” for a solution
Fear could lead to slowing down the pace of appointments in the vaccine rollout Editorial: Choices
In our age, references to international law seem cliché or even something of a joke Editorial: Red lines of democracy
The UGS’s position on the recent statements made by Mr. Panos Laskaridis