In democratic countries attempts to manufacture guilty parties do not go unpunished. Those responsible are held to account by the justice system. 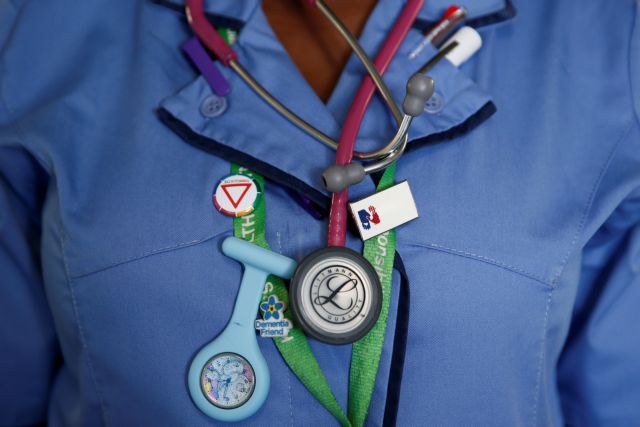 Day by day it becomes increasingly obvious that the Greek Novartis scandal is just what it is in other countries – a medical and not a political scandal. The company itself has admitted the medical scandal.

Unfortunately, only in our country did the government attempt to skew the nature of the scandal. It went as far as to declare that it is the biggest scandal since the establishment of the Greek state in 1830.

Sadly, the government is carrying on with the same tactics. It insists on politicising the medical scandal so as to use it as a tool to annihilate its opponents.

Now the government is feverishly seeking a second “guilty” party. It is looking for anything that could back up its narrative about the “old and corrupt system” and that could implement the doctrine of one minister who said that, “We (SYRIZA) have to put some people in jail (for corruption) in order to win the election again.”

Alas, guilty parties cannot be manufactured in democratic countries, as Greece has been since the fall of the junta in 1974.

In democratic countries attempts to manufacture guilty parties do not go unpunished. Those responsible are held to account by the justice system.

TANEA Team 11 Απριλίου 2019 | 15:19
Share
Δείτε επίσης
Περισσότερα άρθρα για Αγγλική έκδοση
Erdogan has no right to threaten and blackmail Editorial: The message
There is a danger of the war being viewed as something normal Editorial: Taking measures
Athens' objective was to avert concessions that might affect Greek interests Greece, Turkey declare their satisfaction with results of NATO summit
What is at stake is the strategic depth of the Alliance Editorial: A crucial NATO summit
European supervised drug consumption sites have been an inextricable part of drug treatment Editorial: The first step
The overturning of Roe v. Wade turns the clock back 50 years for American women. Editorial: Back and forth
Thymios' statement - “I no longer trust people.” – is a punch in the gut. Editorial: A punch in the gut
Editorial: Audits of politicians' wealth
Mario Draghi has a prominent position in the EU architecture Editorial: Alliance
After a certain point, the necessary caution is a matter of personal responsibility Editorial: COVID-19 and personal responsibility
Extremists still constitute a threat Editorial: Threat
A consciously responsible stance is needed Editorial: Maintaining COVID-19 alertness
The late PM Constantine Karamanlis famously said, 'We belong to the West' Editorial: Contradictions
The end of EU enhanced fiscal supervision signals the exit from the tunnel Editorial: Breakthroughs
Head of Greek Pomaks’ Association rips into Erdogan’s revisionist expansionism