'Prime Minister Alexis Tsipras is going to visit Macedonia, and it is the first visit of a Greek prime minister to our country,' said Ambassador Rusi Popovska in the presence of members of the Commission’s Directorate-General for Neighbourhood and Enlargement Negotiations. 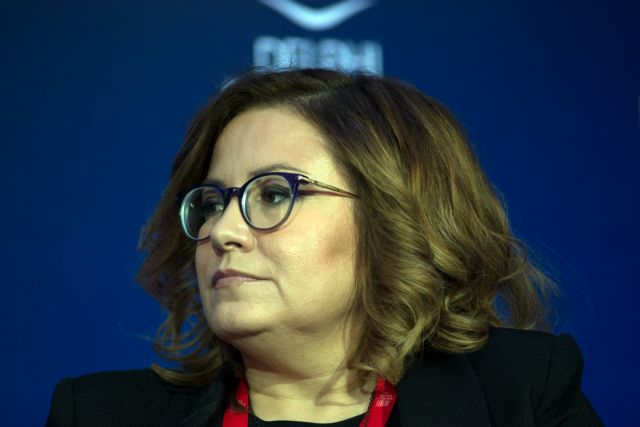 Main opposition New Democracy is up in arms over repeated violations of the terms of the Prespa Agreement by Skopje.

“Before the ink of the signatures on the Prespa Agreement dried, the Ambassador of North Macedonia to the European Union referred to her country as “Macedonia” during an official preparatory meeting of the Joint Parliamentary Committee of the EU and North Macedonia,” said main opposition New Democracy spokesperson Maria Spyraki.

The reference constitutes a glaring violation of the Prespa Agreement.

Spyraki, a European Parliament deputy (MEP), said she will submit a question to the European Commission.

North Macedonian MPs are scheduled to meet next week with MEPs in Strasbourg in the framework of the joint parliamentary committee, of which Spyraki is a regular member.

Spyrakis’ question to the European Commission is as follows:

“In the framework of the preparatory meeting of the Joint Parliamentary Committee of the EU and North Macedonia in Brussels, North Macedonia’s Ambassador, Rusi Popovska, during an exchange of views with members of the committee, repeatedly used the name “Macedonia” in referring to the Republic of North Macedonia, and in particular in the presence of members of the Commission’s Directorate-General for Neighbourhood and Enlargement Negotiations.

“In one instance, she stated verbatim, “Prime Minister Tsipras is expected to visit Macedonia, which will be the first ever bilateral visit of a Greek Prime Minister to our country.

“Taking into account that upon implementation of the Prespa Agreement, the official name of the country for all uses is “Republic of North Macedonia” or “North Macedonia”, one asks the Commission: