The government does not have the luxury of choosing. The path it must tread is that of responsibility, as strong as its addiction to populism may be. 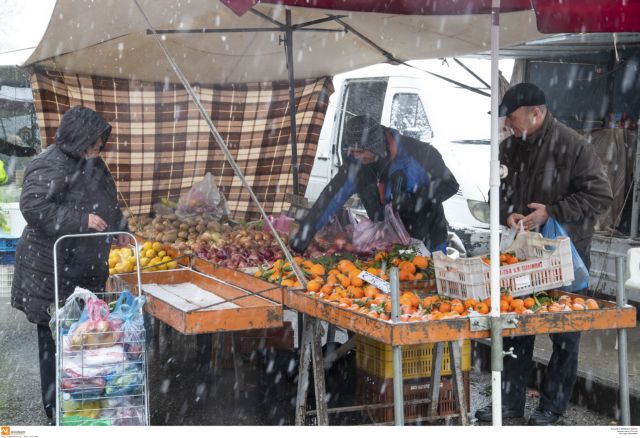 There are two ways to evaluate the IMF’s first report on Greece after the completion of the bailout programme in August, 2018.

The one is to discredit the Fund as being neo-liberal and callous. It is the path of easy condemnation.

The other, which is the responsible way, is to seriously consider the warnings of the authors of the report.

The government does not have the luxury of choosing. The path it must tread is that of responsibility, as strong as its addiction to populism may be.

One did not need the IMF’s report to understand that complacency or even worse a mindless return to the bad practices of the past could prove fatal, and that a judicial ruling ordering the return of wages and pensions slashed by the bailout memorandums will greatly burden the budget.

The IMF’s report reminds one of the harsh realities experienced by Greek citizens. The government insists on prettifying those realities for obvious reasons.

Such prettification has cost us dearly until now. It resulted in a third bailout memorandum.

It would be disastrous if it resulted in yet another bailout programme that would be unbearable for citizens.

Governments come and go, but the citizenry is always here.

Χρυσές Σφαίρες 2021: Αναβάλλεται η απονομή στην σκιά του κοροναϊού
TANEA Team 13 Μαρτίου 2019 | 14:38
Share
Δείτε επίσης
Περισσότερα άρθρα για Αγγλική έκδοση
SYRIZA is battling to be the first party never to remove its head from the sand Editorial: Self-criticism
Democratic rule is not a given but it has strong antibodies and decades of experience Editorial: Judiciary
Dermitzakis sees task of National Council on Research, Technology and Innovation as key to economic recovery
Everything must come to light now! Editorial: Let everything come to light
Given the fact that Greece did very well in the first phase of the pandemic we can do it again now. Editorial: Restart
One can buttress a new type of citizen-friendly state and a public administration that will rely on expedite digital reform Editorial: State
Shadows, rumours about apartment owned by Greek Orthodox Archdiocese of Australia
The pandemic was a difficult test for students and teachers Editorial: Expectations
A key parameter is the alignment with Italy in the area of resources and fishing policy. Editorial: An historic agreement
Move over Marvel: migrant workers star as superheroes in Latino comic book
Sea, sand and social distancing: Caribbean reopens to tourism