The IMF is also demanding an emergency plan to confront the prospect of thousands of court decisions ordering the reversal of memorandum-era cutbacks. 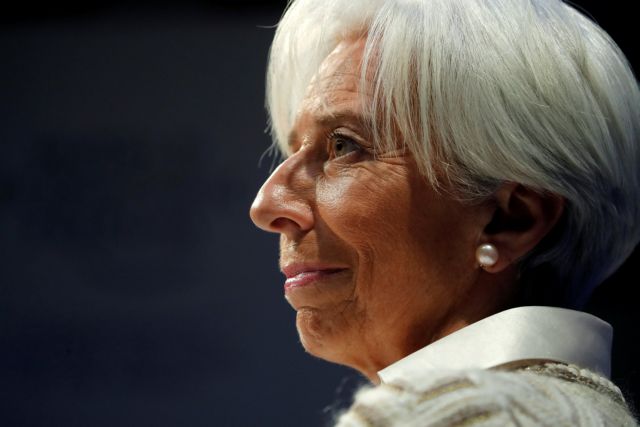 The IMF is warning about the dangers of the electoral pledges of the government for the Greek economy and its competitiveness.

In its first report since Greece completed its last bailout memorandum in August, the IMF stresses the danger that prospective Council of State decisions ordering the return of slashed wages and pensions could derail the economy.

Regarding non-performing loans, the IMF report said that the government should bolster its legal arsenal to allow a reduction of NPLs on private sector terms before thinking about state subsidies. It also warns against measures that would corrode the culture of debt payment and insists that internal bank governance should be bolstered.

The IMF also insists on lowering the tax-free threshold as planned in 2020, so that income tax brackets can be lowered.

The IMF is also demanding an emergency plan to confront the prospect of thousands of court decisions ordering the reversal of memorandum-era cutbacks.

Such rulings could result in a one-off fiscal cost of 9bn euros plus an additional expenditure of 1.5bn euros annually.

The report notes that the rescinding of legislated pension cuts results in a cutback of positive fiscal policies.

«Ξυπνάει» η Ευρώπη για το προσφυγικό – Τι αλλαγές φέρνει η κυβέρνηση με την παροχή ασύλου
TANEA Team 12 Μαρτίου 2019 | 17:53
Δείτε επίσης
Περισσότερα άρθρα για Αγγλική έκδοση
As it turned out Mega was too big to die Editorial: The return of Mega Channel
The government cannot address the problem of school violence on its own Editorial: Wave of violence
Job creation is the overarching aim so that society can prosper Editorial: Automatic pilot
Right now there must be delicate diplomatic manoeuvres abroad and a solid front domestically Editorial: Consensus
Editorial: Delusions
Editorial: Readiness
It seems that freedom of speech cannot be taken for granted in our country Editorial: Fascism
At last it seems that reason is prevailing over belief and superstition about vaccines Editorial: Sirens
Dialogue must continue to be a basic pillar of Greek foreign policy Editorial: Dialogue
SYRIZA links Oruc Reis incident to Turkey's disputation of Greek sovereignty over Aegean islets
The state is obliged to determine which groups are serving humanistic ideals and which are simply exploiting human misery Editorial: Investigation
Electronic prescriptions a much-needed push toward digital modernisation
Deterring a military clash cannot be the sole objective of foreign policy Editorial: Limits
Editorial: Transparency
On national issues moves that are motivated by personal bitterness are unacceptable Editorial: Salt