Access to the markets is not prohibitive for normal economies. No normal economy has been saddled with the straight-jacket of huge primary surpluses. 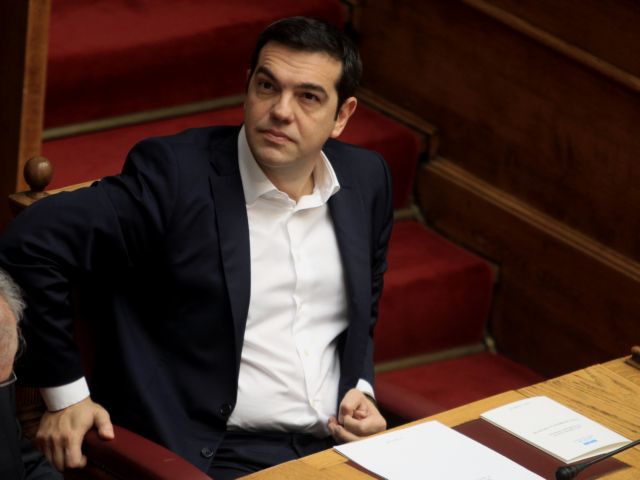 Despite the Prime Minister’s pronouncements that the country has returned to normalcy, it is clear that the economy has a long way to go to become that of a “regular” country.

Access to the markets is not prohibitive for normal economies. No normal economy has been saddled with the straight-jacket of huge primary surpluses. No regular economy is subjected to the enhanced surveillance of European institutions and of the IMF.

The plain truth is that the economy remains exceptionally fragile.

It is thus obvious that the country’s long path must not be torpedoed by the climate of political uncertainty and instability that the government is nurturing. It must be protected both by the government and opposition parties.

The sole way to do that is to avert protracted uncertainty and a lengthy pre-electoral period.

That is precisely what economic analysts and market players who are closely monitoring events have told Ta Nea, and that is what logic dictates.

Elections are the sole path to political stability. That is the way of democracies.

The government may have clinched a confidence vote in Parliament, but undoubtedly the countdown to its end has begun.

It would be extraordinarily harmful for the government to try to stop the clock.

It would be extremely helpful, however, if it were to lead the country safely to elections.

TANEA Team 20 Ιανουαρίου 2019 | 00:45
Share
Δείτε επίσης
Περισσότερα άρθρα για Αγγλική έκδοση
Editorial: Audits of politicians' wealth
Mario Draghi has a prominent position in the EU architecture Editorial: Alliance
After a certain point, the necessary caution is a matter of personal responsibility Editorial: COVID-19 and personal responsibility
Extremists still constitute a threat Editorial: Threat
A consciously responsible stance is needed Editorial: Maintaining COVID-19 alertness
The late PM Constantine Karamanlis famously said, 'We belong to the West' Editorial: Contradictions
The end of EU enhanced fiscal supervision signals the exit from the tunnel Editorial: Breakthroughs
Head of Greek Pomaks’ Association rips into Erdogan’s revisionist expansionism
All Greek governments since Andreas Papandreou's demanded the return of the Marbles Osborne: ‘Deal to be done’ on sharing Parthenon Marbles
All efforts toward a radical resolution of the refugee problem have failed Editorial: The end does not justify the means
France's centrist forces are rallying behind President Emmanuel Macron Editorial: The political centre
The Germans are returning, this time not to impose their will but to cooperate Editorial: Greece as a bridge between Western Balkans, EU
The demographic crisis must be managed swiftly Editorial: Demographic crisis
There was a Jewish presence in Thessaloniki even in antiquity, and the Apostle Paul preached in its synagogue Leon Saltiel: Glimmers of hope in battling Greek antisemitism
Investment will also play a pivotal role Editorial: The dynamic of the Greek economy