Because the government finds itself in a sticky wicket, there is little political time left and the suffocating political conditions appear to be bringing the time of election nearer. 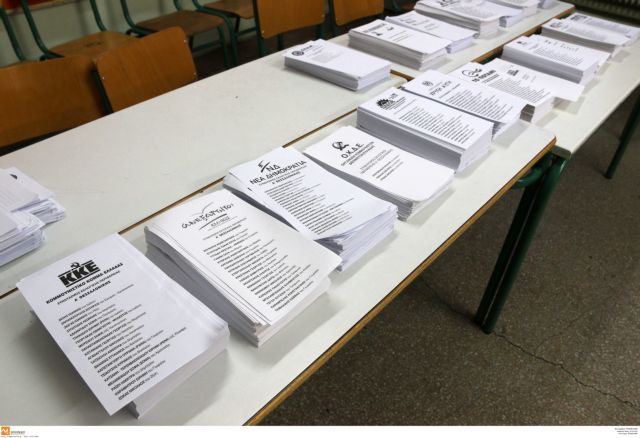 The legislation that the government tabled in parliament regarding the purchase of election materials without a tender does not merely reveal its intentions.

It bears witness to the fact that because the government finds itself in a sticky wicket, there is little political time left and the suffocating political conditions appear to be bringing the time of election nearer.

Another indication that elections are drawing nearer is that the government has taken actions such as cabinet approval for the hiring of 15,000 additional civil servants.

Naturally, those are not the only moves from which one can surmise that the government is in electoral mode.

Even Parliament Speaker Nikos Voutsis’ slip of the tongue when he said that we are in an electoral period proves the Greek adage that a tongue that errs speaks truth.

With such indicative actions, such clear intentions, and such a revealing slip of the tongue, the government has no reason to pretend about something that is an open secret.

The country and its political life must rid themselves of the habit of using the date of elections as a means to achieving political aims, as it is not just the government that is rushing to procure material needed to conduct elections.

The whole country is in a rush to clear up the political terrain, which has purposely been kept murky by the government, with a view to garnering electoral advantage.

TANEA Team 20 Δεκεμβρίου 2018 | 17:18
Share
Δείτε επίσης
Περισσότερα άρθρα για Αγγλική έκδοση
European supervised drug consumption sites have been an inextricable part of drug treatment Editorial: The first step
The overturning of Roe v. Wade turns the clock back 50 years for American women. Editorial: Back and forth
Thymios' statement - “I no longer trust people.” – is a punch in the gut. Editorial: A punch in the gut
Editorial: Audits of politicians' wealth
Mario Draghi has a prominent position in the EU architecture Editorial: Alliance
After a certain point, the necessary caution is a matter of personal responsibility Editorial: COVID-19 and personal responsibility
Extremists still constitute a threat Editorial: Threat
A consciously responsible stance is needed Editorial: Maintaining COVID-19 alertness
The late PM Constantine Karamanlis famously said, 'We belong to the West' Editorial: Contradictions
The end of EU enhanced fiscal supervision signals the exit from the tunnel Editorial: Breakthroughs
Head of Greek Pomaks’ Association rips into Erdogan’s revisionist expansionism
All Greek governments since Andreas Papandreou's demanded the return of the Marbles Osborne: ‘Deal to be done’ on sharing Parthenon Marbles
All efforts toward a radical resolution of the refugee problem have failed Editorial: The end does not justify the means
France's centrist forces are rallying behind President Emmanuel Macron Editorial: The political centre
The Germans are returning, this time not to impose their will but to cooperate Editorial: Greece as a bridge between Western Balkans, EU