Antonopoulou was placed by Athanasios Iliopoulos, who until now headed the labour ministry’s labour inspection bureau (epithreorisi ergasias), and previously served as the secretary of the central council of the youth of Synaspismos. 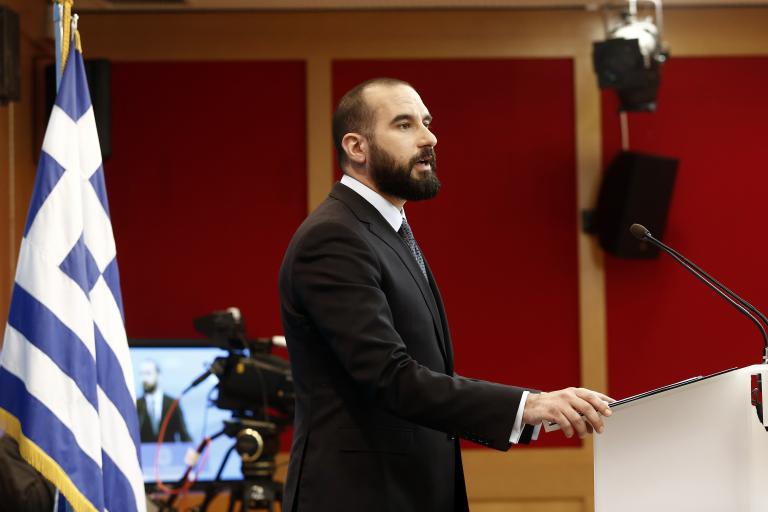 Deputy premier Yannis Dragasakis was appointed to replace Papadimitriou in a post that involves the crucial task of attracting foreign investments.

Antonopoulou was placed by Athanasios Iliopoulos, who until now headed the labour ministry’s labour inspection bureau (epithreorisi ergasias), and previously served as the secretary of the central council of the youth of Synaspismos.

Dimitris Vitsas, until now alternate defence minister, was appointed to replace Migration Minister Yannis Mouzalas, who withdrew mainly for health reasons – he was recently admitted to hospital – and who had made huge efforts to manage the refugee and migrant crisis.

The major surprise in the reshuffle was the appointment of Fotis Kouvelis as alternate defence minister, replacing Vitsas.

Kouvelis in 2008 was Tsipras’ challenger for the leadership of Synaspismos, the precursor party of Syriza, in a party election in which Tsipras won in a huge landslide.

He will confront the major challenges that the government faces in Greek-Turkish relations.

Culture Minister Lydia Koniordou, an actress, was not replaced, as many had reported.  There is a new deputy minister, however, Konstantinos Stratis, an archaeologist who until now had served as a culture minister employee.

Tzanakopoulos announced that the remit of the new alternate ministers and deputy ministers will be decided in the coming days.

TANEA Team 28 Φεβρουαρίου 2018 | 20:16
Share
Περισσότερα άρθρα για Αγγλική έκδοση
Editorial: Comparison
Over the last days the image of our country has not been attractive Editorial: A different image of Greece
There will be more weather crises in the future Editorial: Deficiencies
This young woman heard the message of other women that preceded her Editorial: Catharsis
Balances with the Russian side are very delicate and must be maintained Editorial: Composure
'Greece is a significant and wise actor in this part of Europe' Kosovo FM Donika Gervalla–Schwarz: ‘We are not begging for recognition from Greece’
People want answers, persuasive plans, and arguments Editorial: Maturation
The pandemic and citizens’ fears regarding inflation have shocked households Metron Analysis poll: SYRIZA trails New Democracy, KINAL-PASOK skyrockets
It is imperative for the weapons programme to be implemented immediately Editorial: Arrivals
The charges of the victim garnered attention nationwide Editorial: Support
Greece is a peaceful Western country Editorial: Vigilance
Both SYRIZA and PASOK are in a transitional phase Editorial: Changes
Tsipras posts on the social media and frequently as possible Editorial: Obligations
Universities have become a sort of state within the state Editorial: Enough is enough!
Nobody for whatever reason has the right to beat a professor Editorial: Zero tolerance