The Ukrainians have not only have they put up a fierce resistance to the Russian invaders, but they also forced Moscow to retreat from the area of Kyiv and to revise its overall strategy. 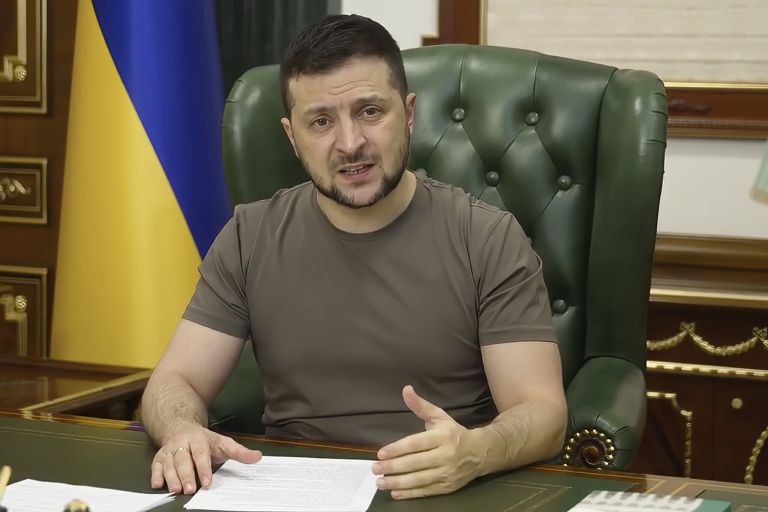 How simple things would have been if 48 hours after the Russian invasion of Ukraine, President Volodymyr Zelensky had fled to a foreign country and had been replaced by a Russian puppet regime!

Putin would be celebrating a triumph, Chinese President Xi Jinping would be reviewing his plans to occupy Taiwan, and the West would have imposed a few more weak sanctions, effectively accepting the doctrine of limited sovereignty.

The Ukrainians, however, had an unpleasant surprise in store for their neighbourhood bully.

Over the last 51 days, not only have they put up a fierce resistance to the Russian invaders, but they also forced Moscow to retreat from the area of Kiev and to revise its overall strategy.

If it is confirmed that the sinking of the guided cruise missile warship “Moskva”, the flagship of Russia’s Black Sea fleet, was indeed the result of a strike by Ukrainian missiles, that would represent a heavy blow to Russia, both militarily and psychologically.

The resistance of the Ukrainians, however, has had an impact on the West, as it united liberal democracies against the common threat and ended the lethargy of NATO, which Finland and Sweden now also want to join.

Vladimir Putin sees that the number of his enemies is multiplying, and he is responding with slaughters in Ukraine and threats against those who are helping the embattled country.

Indeed, some believe that if the Russian president is further pressured, he may even resort to the use of tactical nuclear weapons.

That does not mean that the West should retreat.

On the contrary, it should support Kyiv more actively and impose even tougher sanctions on Moscow, so as to demonstrate to Russia’s leader and to all those who may seek to imitate his tactics that gunboat diplomacy has no place in today’s world.

David can defeat Goliath, but not unarmed.

In the battle between democracy and tyranny, no one has the right to remain uninvolved.

TANEA Team 17 Απριλίου 2022 | 19:18
Share
Δείτε επίσης
Περισσότερα άρθρα για Αγγλική έκδοση
European supervised drug consumption sites have been an inextricable part of drug treatment Editorial: The first step
The overturning of Roe v. Wade turns the clock back 50 years for American women. Editorial: Back and forth
Thymios' statement - “I no longer trust people.” – is a punch in the gut. Editorial: A punch in the gut
Editorial: Audits of politicians' wealth
Mario Draghi has a prominent position in the EU architecture Editorial: Alliance
After a certain point, the necessary caution is a matter of personal responsibility Editorial: COVID-19 and personal responsibility
Extremists still constitute a threat Editorial: Threat
A consciously responsible stance is needed Editorial: Maintaining COVID-19 alertness
The late PM Constantine Karamanlis famously said, 'We belong to the West' Editorial: Contradictions
The end of EU enhanced fiscal supervision signals the exit from the tunnel Editorial: Breakthroughs
Head of Greek Pomaks’ Association rips into Erdogan’s revisionist expansionism
All Greek governments since Andreas Papandreou's demanded the return of the Marbles Osborne: ‘Deal to be done’ on sharing Parthenon Marbles
All efforts toward a radical resolution of the refugee problem have failed Editorial: The end does not justify the means
France's centrist forces are rallying behind President Emmanuel Macron Editorial: The political centre
The Germans are returning, this time not to impose their will but to cooperate Editorial: Greece as a bridge between Western Balkans, EU