The spending package that was announced by Prime Minister Kyriakos Mitsotakis last week was reminiscent of a bygone era, when governments each autumn had the capacity to distribute money without considering the cost. 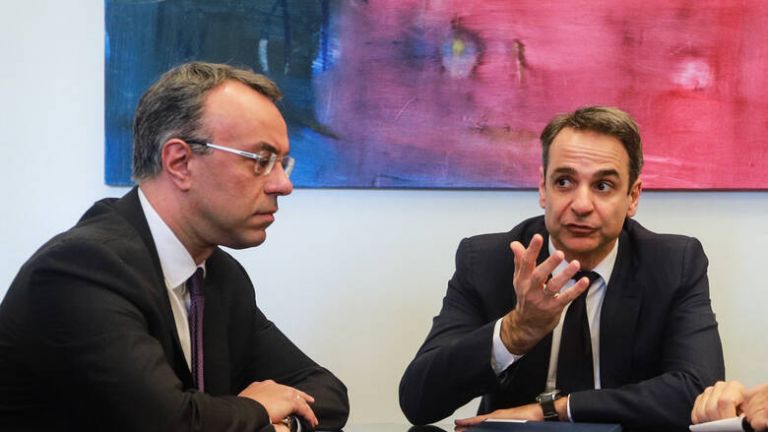 The need to return to economic normalcy, both for the Greek government and the country’s citizens, is patently obvious.

The EU’s adjustment of financial rules has facilitated the situation.

Yet, the government spending package that was announced by Prime Minister Kyriakos Mitsotakis last week at the Thessaloniki International Fair was reminiscent of a bygone era, when governments each autumn had the capacity to distribute money without considering the cost. That kind of normalcy will be long in coming for Greece.

The prospect of bankruptcy of China’s Evergrande Real Estate Group, and the fears of credit rating agencies that the impact of such an eventuality may have a broader impact on the global financial system, have raised heightened concerns that one might confront a new Lehman Brothers.

For its part, Greece learned its own bitter lessons from the 2009 financial crisis and paid the price with a decade of austerity. These lessons must not be forgotten if one is not to repeat them.

The road to economic normalcy will be long and it is not solely a Greek affair. That is why the distribution of any “growth dividend”, however just, must be undertaken with prudence and measure.

Precisely because Greek economic growth remains exceptionally fragile and is inextricably linked to developments abroad, which are often unexpected, the government has a duty to plan its moves extremely carefully, especially as regards the disbursement of money.

That was the pledge Prime Minister Kyriakos made when he was elected in 2019 and which he reconfirmed last year when the EU Pandemic Recovery Fund was created.

TANEA Team 16 Σεπτεμβρίου 2021 | 10:26
Share
Δείτε επίσης
Περισσότερα άρθρα για Αγγλική έκδοση
It is the greatest foreign policy crisis in Erdogan's 19 years in power Following domestic, international uproar Erdogan backs off on expulsion of 10 Western ambassadors
Evangelos Marinakis on CPLP’s bond listing at the Athens Stock Exchange: “Green investments are the future”
The UN Secretary has warned that humanity is already in a state of emergency Editorial: A duty towards our children
'The UK played a decisive role in achieving Greece’s independence' FM Nikos Dendias: Greece-UK bilateral cooperation agreement to include defence and security issues
Vartholomeos has fervently pursued inter-faith dialogue with the Muslim and Jewish faiths Religion, rights, and geopolitics on Vartholemos' US visit, meetings with Biden, Blinken, Pelosi
At Greek universities progress is battling regression. Editorial: Two worlds
Editorial: Opportunity
Angela Merkel – In Athens on October 28 and 29
If the pandemic is checked, we can hope for much better days Editorial: Turning point for Europe
Record-breaking over-subscription for CPLP bond issue
We have a duty to ensure for families a network of protection in our schools. Editorial: Maintaining balances
We have the power to leave behind this unprecedented crisis. Editorial: Exiting the pandemic
Mitsotakis – Sisi meeting – Emphasis on energy and defense
What Seismologist Lekkas says Strong earthquake 6.1 Richter off Karpathos
Editorial: Attention must be paid