“I was ashamed to visit my physical therapist and to tell him that I had no money,” said weight lifter Thodoris Iakovidis, highlighting the Greek state's abandonment of top athletes. 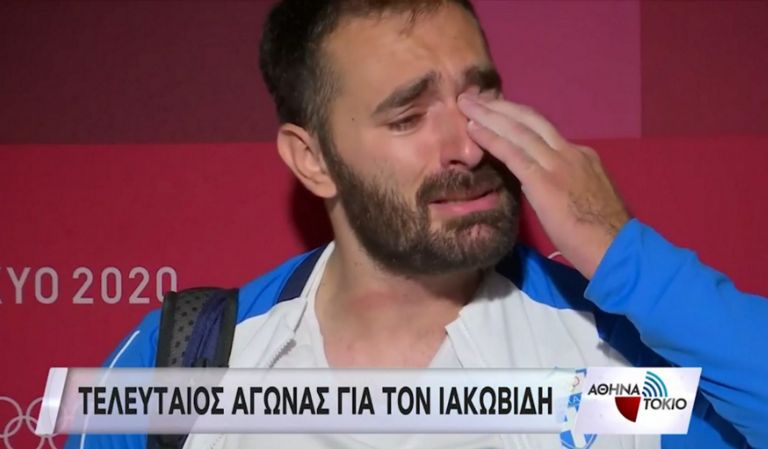 One is a rower who clinched a gold medal in the Tokyo Olympics and made all of Greece proud.

The other is a weight lifter who, with tears in his eyes, announced his decision to withdraw from the sport and emotionally moved all of Greece.

Both expressed issues of urgent concern for the state.

“From the athletic club and the federation I had support, but none from the state,” said Olympics gold medal winner Stefanos Ntouskos.

“I was ashamed to visit my physical therapist and to tell him that I had no money,” said Thodoris Iakovidis (photo).

The two athletes and many more of their colleagues bring to the fore a contradiction and a certain hypocrisy.

It is unacceptable for the state to celebrate when an athlete succeeds and to abandon him or her and to be indifferent the rest of the time.

These observations do not justify the perpetuation of our national “sport” of shifting between extremes – from glory to abandonment, from over-protection to indifference, from giving a top athlete a civil service job to forcing him or her to stop athletic practice in order to make a living.

As NBA star Yannis Antetokounpo said, “You must build up the people near you and not demolish them.”

That does not apply only to athletics federations and the Hellenic Olympic Committee.

Above all it concerns the state.

TANEA Team 2 Αυγούστου 2021 | 23:59
Share
Δείτε επίσης
Περισσότερα άρθρα για Αγγλική έκδοση
The head of SYRIZA’s Citizen’s Protection policy section simply followed his party’s mannerism Editorial: Mannerism
The cottage industry of lawsuits against educators constitutes a disruption of social peace Editorial: Decisiveness
For the Ecumenical Patriarchate, which has spiritual authority over the Church in America, Elpidophoros, 54, is the best and the brightest that it has to offer. Tempest in a teapot: The attacks on Archbishop Elpidophoros and foreign policy stunts
US President Joe Biden has chosen a particular mixture of policies Editorial: Doctrines
Approximately 160,000 people in Greece today are afflicted with Alzheimer’s disease Editorial: Reminder
Unrepentant, Tsipras unleashed charges against the government and announced handouts Editorial: A return to the past
The country is in great need of stability., not electoral surprises Editorial: Normalcy
The EU’s adjustment of financial rules has facilitated the situation Editorial: Lessons
Editorial: The conundrum of early elections
It is common knowledge that all political parties seek the vote of Greece’s youth Editorial: Greece’s youth
In a democracy, elections cannot serve as a weapon for prime ministers Editorial: The need for electoral stability
Mitsotakis rules out any prospect of political consensus with SYRIZA
Merkel’s statement should lead us collectively to a rethinking of what happened and not reflexive indignation Editorial: The price of imprudent politics
Self-tests, contact tracing key to safe re-opening of schools Spike in COVID-19 cases expected after schools open next week
The repercussions of these illegal actions are not limited to public health Editorial: A threat to society