As long as our youth view military service as a waste of time they will not fulfil their duty properly. The army to help them sees things from a different vantage point. 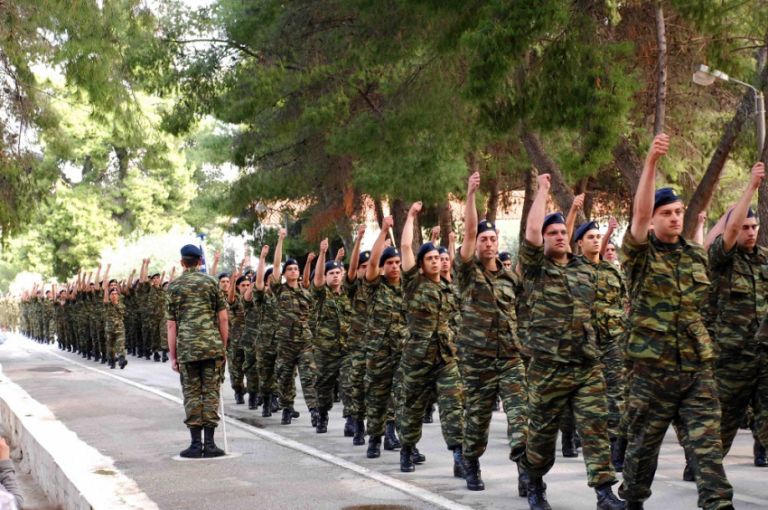 In tenses times military service is viewed as a national duty. In times of peace, however, when the moment comes for young adults to be called to serve, they seek a suitable moment that will allow them to “lose less time”.

They decide whether to serve immediately after graduating from high school in order to get it over with right away or whether they will use their admission to university to secure a much-desired postponement.

The sense of despondency and stagnation is familiar to most soldiers, including those who do not complain.

The solution is just as obvious as the problem. As long as our youth view military service as a waste of time they will not fulfil their duty properly. Hence, it is the responsibility of the army to help them sees things from a different vantage point.

A report in today’s issue of Ta Nea discusses the prospect of instituting a certificate of skills acquired in areas such as foreign languages, computers, and e-learning. Beyond military training, the government hopes that taking advantage of these skills can serve as an additional incentive for young people to perform their service immediately after graduating from high school.

In the past, skills acquired in the army could offer professional opportunities in specific areas. This time the aim is simply to enhance one’s CV.

The government’s overarching objective is to improve the relationship between the army and those who are called to service by offering more mutual benefits.

TANEA Team 14 Μαΐου 2021 | 13:16
Share
Δείτε επίσης
Περισσότερα άρθρα για Αγγλική έκδοση
There is a danger of the war being viewed as something normal Editorial: Taking measures
Athens' objective was to avert concessions that might affect Greek interests Greece, Turkey declare their satisfaction with results of NATO summit
What is at stake is the strategic depth of the Alliance Editorial: A crucial NATO summit
European supervised drug consumption sites have been an inextricable part of drug treatment Editorial: The first step
The overturning of Roe v. Wade turns the clock back 50 years for American women. Editorial: Back and forth
Thymios' statement - “I no longer trust people.” – is a punch in the gut. Editorial: A punch in the gut
Editorial: Audits of politicians' wealth
Mario Draghi has a prominent position in the EU architecture Editorial: Alliance
After a certain point, the necessary caution is a matter of personal responsibility Editorial: COVID-19 and personal responsibility
Extremists still constitute a threat Editorial: Threat
A consciously responsible stance is needed Editorial: Maintaining COVID-19 alertness
The late PM Constantine Karamanlis famously said, 'We belong to the West' Editorial: Contradictions
The end of EU enhanced fiscal supervision signals the exit from the tunnel Editorial: Breakthroughs
Head of Greek Pomaks’ Association rips into Erdogan’s revisionist expansionism
All Greek governments since Andreas Papandreou's demanded the return of the Marbles Osborne: ‘Deal to be done’ on sharing Parthenon Marbles