President Joe Biden’s recognition in precisely articulated language of the Armenian Genocide reflects the birth of a new outlook that is not confined to the realm of geopolitics. 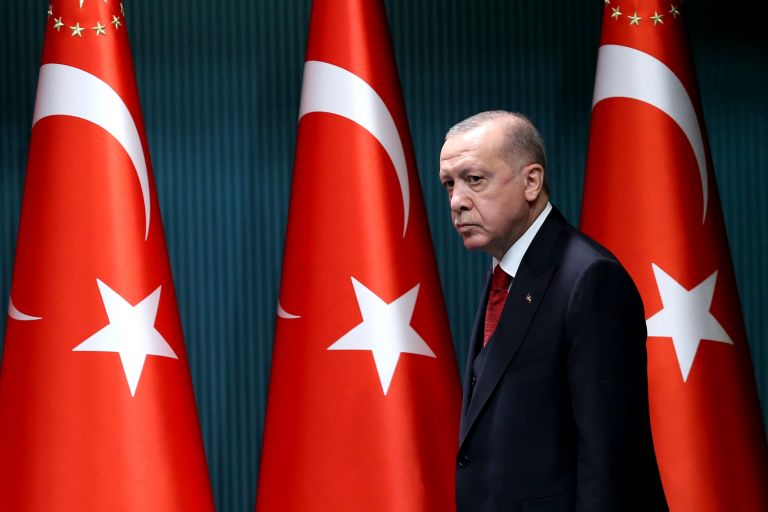 The general consensus is that with the new US administration something has changed radically.

President Joe Biden’s recognition in precisely articulated language of the Armenian Genocide reflects the birth of a new outlook that is not confined to the realm of geopolitics.

Grounded in historical fact, ripe in terms of timing, and just in trying to soothe the still gaping wounds of the Armenian people, Biden’s initiative is yet another blow both to Turkish President Recep Tayyip Erdogan’s policy strategy and to Turkey’s brand of revisionist history which for decades it has adopted regarding this heinous act.

Now it is perfectly clear to Ankara that the White House has changed course.

The era when Turkey developed its comprehensive aggressive strategy unhindered, ignored its past and displayed outbursts from high-level government officials with the knowledge that it was the pampered child of great powers is over.

The recognition of the Armenian genocide will not rupture geopolitical relations and US-Turkey ties but it changes the rules of the game and creates a new form of pressure in a wider field of new disagreements.

It underlines everything that Ankara had taken for granted and forces Turkey to re-evaluate its aggressive posture and its role as a source of instability in the Eastern Mediterranean.

Turkey is keenly aware of the fact that there is a new player on the geopolitical chessboard.

TANEA Team 26 Απριλίου 2021 | 23:54
Share
Δείτε επίσης
Περισσότερα άρθρα για Αγγλική έκδοση
Pappas' case concerns how institutions were exploited during Syriza’s rule, between 2015 and 2019 Editorial: Duty
Editorial: Barbarity
In times of tensions military service is viewed as a national duty Editorial: Incentives for early military service
An emotional start in taking a position on developments in the region would be catastrophic Editorial: A measured response to Israeli-Palestinian conflict
The alternate interior minister said problems with COVID-19 self-tests will be resolved by the end of May Government poised to abolish mandatory SMD to leave home, working to solve self-test problems
If Syriza believes it can garner political gains with daily political transformations it is sorely mistaken Editorial: Political vertigo
Santander Consumer Finance begins activities in Greece
Evangelos Marinakis: Post-Covid Shipping and the Environment – Green Energy Investments
The US ambassador says Biden has “opened up a new vocabulary of cooperation” with Greece Pyatt see deeper US-Greece strategic ties under Biden administration
The case will be re-tried in the framework now set by the Council of State Bombshell Council of State ruling accepts state’s vaccine side-effect liability
May Day should be honoured with a single march each year Editorial: Unity
Transcending the collective crisis will require leadership and not troublemakers Editorial: Messages
After a six-month shutdown, workers in the restaurant business laid the tables Editorial: The first step
The government has repeatedly said that the existing framework is outdated Battle royal looms over government bill overhauling labour relations, limiting strike action
The labour trade union movement is an invaluable and irreplaceable weapon of workers An urgent need for the rebirth of the trade union movement