The spate of coronaparties did not come out of the blue. Over the three-day holiday last weekend, around 30 protests were conducted in an organised fashion. 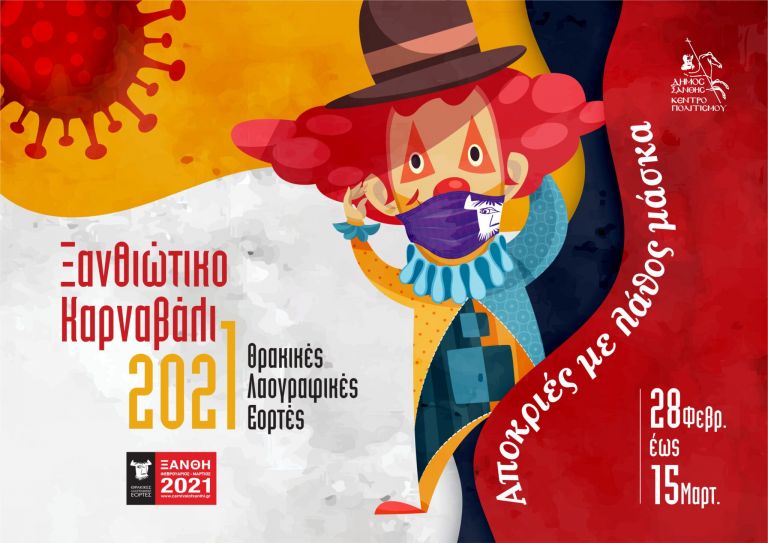 What is the price of a streamer? Just a few euros are enough to fill a public square.

That’s all it cost in the city of Xanthi to hold a carnival, with the acquiescence of the municipality, which was banned by COVID-19 public health restrictions.

Carnival parties, more or less concealed, in the midst of a pandemic were an inexpensive way to relax, but at the same time were extremely irresponsible.

Clearly, both the economy and the psychology of citizens lack great endurance.

Nonetheless, that realisation is a far cry from consciously violating the strictures that were adopted in order to protect everyone’s health, especially that of vulnerable social groups.

Coronaparties are not the cure for fatigue. Instead, they aggravate it.

They have the exactly opposite result. They ineluctably trigger new, harsher restrictions because otherwise hospitals, especially those in Attica, will not be able to survive the pressure.

The spate of coronaparties did not come out of the blue. Over the three-day holiday last weekend, around 30 protests were conducted – in an organised fashion - with full knowledge of the repercussions of any large public gathering held without the proper use of masks and social distancing.

The slogan that “democracy cannot be quarantined” has been adopted even by the main opposition party.

The quarantine was not imposed because someone sought to violate the democratic process but rather in order to ensure the survival of the National Health System, which has reached its limits right now.

The numbers are staggering. Over 7,000 people in Greece have died and over 500 COVID-19 patients are intubated.

In the coming days we shall learn exactly how much the streamers really cost.

TANEA Team 16 Μαρτίου 2021 | 22:40
Share
Δείτε επίσης
Περισσότερα άρθρα για Αγγλική έκδοση
Athens' objective was to avert concessions that might affect Greek interests Greece, Turkey declare their satisfaction with results of NATO summit
What is at stake is the strategic depth of the Alliance Editorial: A crucial NATO summit
European supervised drug consumption sites have been an inextricable part of drug treatment Editorial: The first step
The overturning of Roe v. Wade turns the clock back 50 years for American women. Editorial: Back and forth
Thymios' statement - “I no longer trust people.” – is a punch in the gut. Editorial: A punch in the gut
Editorial: Audits of politicians' wealth
Mario Draghi has a prominent position in the EU architecture Editorial: Alliance
After a certain point, the necessary caution is a matter of personal responsibility Editorial: COVID-19 and personal responsibility
Extremists still constitute a threat Editorial: Threat
A consciously responsible stance is needed Editorial: Maintaining COVID-19 alertness
The late PM Constantine Karamanlis famously said, 'We belong to the West' Editorial: Contradictions
The end of EU enhanced fiscal supervision signals the exit from the tunnel Editorial: Breakthroughs
Head of Greek Pomaks’ Association rips into Erdogan’s revisionist expansionism
All Greek governments since Andreas Papandreou's demanded the return of the Marbles Osborne: ‘Deal to be done’ on sharing Parthenon Marbles
All efforts toward a radical resolution of the refugee problem have failed Editorial: The end does not justify the means