Competition across the continent came to a halt in March as the impact of the pandemic was felt, but by June domestic competitions were back under way across Europe — albeit without fans and in controlled ‘bio-secure’ stadiums. 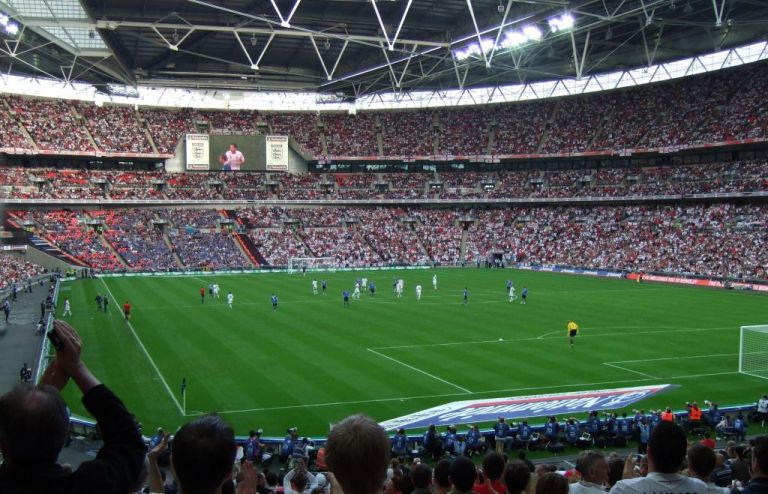 European football pulled together against the odds to complete a season delayed due to the COVID-19 pandemic, but off the field unity was harder to find as threats of breakaways and superleagues caused rancour in the game.

Competition across the continent came to a halt in March as the impact of the pandemic was felt, but by June domestic competitions were back under way across Europe — albeit without fans and in controlled ‘bio-secure’ stadiums.

Liverpool won the English league title for the first time in 30 years while Bayern Munich won an eighth straight Bundesliga crown. Real Madrid won their 34th Spanish league while Juventus won Serie A for the ninth year in a row.

France was the only major league unable to complete their domestic season, with runaway leaders Paris St Germain declared champions.

The backlog of fixtures left European governing body UEFA in a quandary as it needed to complete the Champions League and deal with the issue of the planned Euro 2020 tournament.

UEFA opted to finish off its club competitions in mini-tournament formats while the Euros were postponed until 2021.

The Champions League was finally concluded in August with a ‘final eight’ knockout format in Lisbon, which was so successful it led UEFA president Aleksander Ceferin to tell Reuters he would like to repeat that format in the future — with fans.

An outstanding Bayern Munich were crowned European champions for the sixth time after beating Paris St Germain in the final having smashed Lionel Messi and Barcelona 8-2 in a stunning quarter-final.

Spain’s Sevilla won the Europa League tournament in Germany as UEFA managed to keep their broadcast and commercial partners satisfied by getting the season finished.

Yet the impressive spirit of cooperation that saw players and clubs accept flexibility and improvisation to avoid the financial damage of unfulfilled seasons — and contracts — did not last for long.

The domination, on the field, of European football by an elite set of clubs is nothing new, but it is now resulting in a push for greater power and revenue from that small group.

The behind-the-scenes plotting of the Premier League’s ‘Big Six’ came to the fore in October when radical plans for major changes in English football were made public.

‘Project Big Picture’ called for the biggest six clubs in the Premier League, along with three other long-term members, to be given special voting rights that would effectively put them in command of the world’s most commercially successful league — and leave the rest as second-class passengers.

The plan was accompanied by a ‘rescue package’ for lower league clubs and was fronted by the Football League’s chairman Rick Parry and sold as a way to deal with the financial troubles facing the 72 clubs in the three divisions below the Premier League.

Critics honed in on the proposal to reduce the size of the league from 20 to 18 and hand a bigger share of revenue and power to the top clubs, breaking the model that has served the Premier League so well since its formation in 1992.

The obvious problem was that in order to bring that power shift about, 14 votes out of 20 clubs were needed and unsurprisingly the Turkeys did not vote for Christmas.

Yet the plan did lead to the Premier League committing to a full review of the game’s structures and also showed that the big clubs are now ready to throw around their muscle.

The refusal of smaller Premier League clubs to accept the temporary allowance of five substitutes per game rather than three, designed to ease the burden on players dealing with congested fixtures, added to the tension.

Liverpool manager Juergen Klopp and Manchester City boss Pep Guardiola have both complained about the failure of Premier League clubs to follow UEFA and many European leagues in that respect.

Klopp has also been critical of the schedule set by broadcasters and a lack of unity was also evident in rows over pay-cuts for players during the COVID-19 stoppage.

UEFA also faces pressure from elite clubs as it goes through the process of agreeing the format and structure for the Champions League from 2024.

Media reports suggested some clubs were yet again considering a breakaway super-league, although it remains to be seen if that is anything more than a bargaining tool in negotiations.

One of the options on the table, which might satisfy the demand of some of those clubs for more European games, is the so-called ‘Swiss model’, which would see the group stage replaced by a ‘league’ of 32 clubs playing 10 matches.

FIFA are also braced for a row with agents as it looks to bring in strict new regulations on those who profit from the transfer market.

The world’s most popular game managed to survive lockdowns and empty stadiums, but the money in the sport continues to ensure there will be no shortage of disputes, turf-wars and conflicts in the coming year.

TANEA Team 14 Δεκεμβρίου 2020 | 13:55
Share
Περισσότερα άρθρα για Αγγλική έκδοση
There will be more weather crises in the future Editorial: Deficiencies
This young woman heard the message of other women that preceded her Editorial: Catharsis
Balances with the Russian side are very delicate and must be maintained Editorial: Composure
'Greece is a significant and wise actor in this part of Europe' Kosovo FM Donika Gervalla–Schwarz: ‘We are not begging for recognition from Greece’
People want answers, persuasive plans, and arguments Editorial: Maturation
The pandemic and citizens’ fears regarding inflation have shocked households Metron Analysis poll: SYRIZA trails New Democracy, KINAL-PASOK skyrockets
It is imperative for the weapons programme to be implemented immediately Editorial: Arrivals
The charges of the victim garnered attention nationwide Editorial: Support
Greece is a peaceful Western country Editorial: Vigilance
Both SYRIZA and PASOK are in a transitional phase Editorial: Changes
Tsipras posts on the social media and frequently as possible Editorial: Obligations
Universities have become a sort of state within the state Editorial: Enough is enough!
Nobody for whatever reason has the right to beat a professor Editorial: Zero tolerance
The shift in America’s priorities should come as no surprise Editorial: Fluidity
We have the weapons, the experience, and obviously the collective will Editorial: Transcending the pandemic