The best answer to Turkish provocations is always diplomacy. That way Athens demonstrates that it is by being the trustworthy regional interlocutor and that in contrast with Turkey it can be a basic pillar of stability. 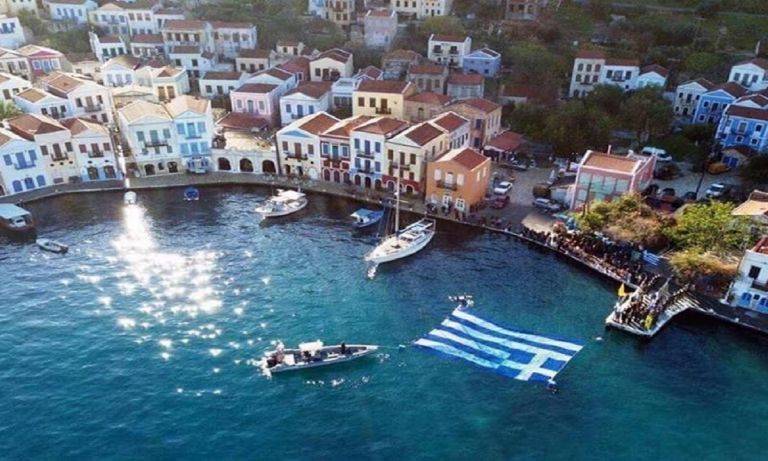 Turkey’s decision once again to send the “Oruc Reis” research vessel out to sea from Antalya was an unpleasant surprise for Turkey’s supporters within the EU and beyond who are trying to counter the tougher players.

At a time when Greece and Turkey are at the threshold of exploratory talks to resolve differences Turkey is recreating the tense situation we experienced in August.

Ankara’s new, illegal NAVTEX announcing that the ship will operate not far from the Greek island of Kastelorizo just a few hours before German Foreign Minister Heiko Maas was to arrive in Athens, Nicosia, and Ankara and a few days before the 15 October EU summit stirred consternation and Maas canceled his visit to Ankara.

Turkey’s activity in the area of Kastelorizo constitutes a great opportunity for Greece.

If the Greek government plays its cards right and remains calm in the face of provocations it can win over even those countries in the EU which at the previous summit refused to include in the conclusions a list of possible sanctions against Turkey so as to warn Ankara that it must change its behaviour.

The best answer to Turkish provocations is always diplomacy. That way Athens demonstrates that it is the trustworthy regional interlocutor and that in contrast with Turkey it can be a basic pillar of stability in the Eastern Mediterranean.

The more Turkish President Recep Tayyip Erdogan exposes himself the better for PM Kyriakos Mitsotakis as he gives Athens yet another argument against Ankara at the upcoming EU summit.

TANEA Team 13 Οκτωβρίου 2020 | 21:23
Share
Δείτε επίσης
Περισσότερα άρθρα για Αγγλική έκδοση
Venezuela’s Maduro, citing Pope, asks congress to consider same-sex marriage
Wall St Week Ahead-More U.S. companies offer earnings guidance despite pandemic
Editorial: The only course
The European Commission yesterday called upon Tatar to begin a dialogue Editorial: New realities in Cyprus
French teachers are declaring that they will continue to “instruct students in difficult subjects”. Editorial: “Je Suis Prof”
Editorial: Endurance test
The government had an extremely broad social consensus in support of its policies Editorial: Reforms
It is no coincidence that these elections are described as the most important ever in the occupied territories Editorial: A crucial contest
This is not merely and internal party affair as it raises serious issues about how institutions function Editorial: Grey zones
in a democracy all views can be expressed but they cannot be imposed on others through violence Editorial: The lesson
Appellate Court conviction of Golden Dawn a 'victory for democracy' says Mitsotakis
Editorial: A historic day
Golden Dawn was a criminal organisation says court ruling that convicts leader, six more ex-MPs
The PM said yesterday that, 'Technology is the catalyst for economic growth.' Editorial: Investments
Mr. Trump has brought many ills upon America and the world but now he can offer a valuable service Editorial: Service