Finance Minister Olaf Scholz, who earlier tweeted that he was working from home due to a heavy cold and was “getting tested to be on the safe side”, said that the government was looking at additional steps to help firms hit by the virus. 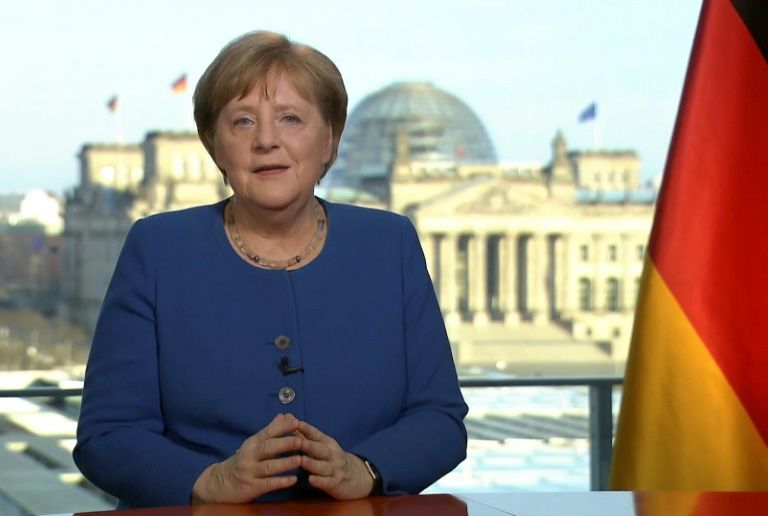 Chancellor Angela Merkel in a rare nationally televised address today urged all German citizens to help fight the spread of the coronavirus by sticking to rules aimed at reducing direct social contact and avoiding as many new infections as possible.

“It is serious. Take it seriously,” Merkel said. “Since German reunification, actually, since World War Two, there has never been a challenge for our country in which acting in solidarity was so very crucial.”

Merkel appealed to citizens to abide by the unprecedented rules restricting public life, agreed with the 16 federal states earlier this week, adding: “As the government, we will always re-examine what can be corrected, but also what may still be necessary.”

Her government has advised the country’s 16 regions to shut schools and daycare facilities until the end of the Easter holiday. Shops, except for grocery stores, bakeries, pharmacies banks and other essential businesses have been shut.

Earlier on 18 Marcch, the first German town imposed a curfew to slow the spread of the coronavirus, officials said, though the nearly 7,000 citizens of Mitterteich in southern Bavaria are still allowed to buy groceries, go to work and visit the doctor.

The curfew will last until April 2, said authorities in the district of Tirschenreuth, close to the Czech border.

In her speech, Merkel said she was well aware that the restrictions on the freedom of movement were hard to accept for many Germans, especially after having witnessed Communist rule in the East and the wall that divided the country.

But she insisted every citizen had to do her and his part to contain the spread of the disease and that this also applied to the government.
“We can and will use whatever it takes to help our entrepreneurs and workers through this difficult and testing time,” Merkel said.

Finance Minister Olaf Scholz, who earlier tweeted that he was working from home due to a heavy cold and was “getting tested to be on the safe side”, said that the government was looking at additional steps to help firms hit by the virus.

“If, for example, rent has to be paid for business premises that cannot be opened because of the coronavirus, then it will be necessary for us to help,” he told Die Zeit newspaper, adding that Berlin could also help airlines, cruise operators and trade fair businesses.

Scholz and Economy Minister Peter Altmaier already promised half a trillion euros in guarantees for business last Friday - and more if needed.

Germany’s Robert Koch Institute said there were 8,198 cases of coronavirus in Europe’s largest economy and at least 12 deaths.

The institute’s president, Lothar Wieler, told reporters that if Germany does not manage to reduce contact between people for several weeks “then it’s possible that up to 10 million people in Germany will become infected”.

That would overburden the health service, he added.

Merkel’s address to the nation was the first time in nearly 15 years in office that she had spoken to the country other than in her annual New Year’s address.