Greece paid a heavy price in order to wrench itself from the crisis which was due first of all to its own mistakes and sins. 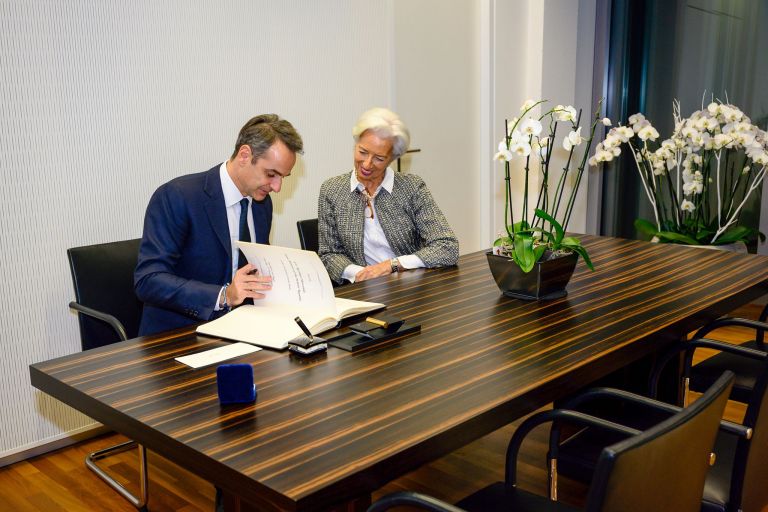 The endurance of the Greek economy is noteworthy.

Despite the worsening of the external environment and the geopolitical tensions in our neighbourhood the country’s economic climate index rose to 109.5 points last month, the highest level in the last 12 years and steadily above the EU average.

Consumer trust was maintained at a 19-year high.

An improvement although slow was observed on the unemployment front. In October the rate was the lowest since 2012, falling to 16% from the previous month’s 16.8 percent.

All of the above, combined with other indices and the stock market rise, confirm the progress Greece has achieved and bolster the view that the country has transcended the toughest patch.

Greece paid a heavy price in order to wrench itself from the crisis which was due first of all to its own mistakes and sins.

In recognition of the great sacrifices of the Greek people, the country’s creditors should take a further step to assist in efforts to establish and expedite the path of economic growth.

Such an act of good will would be a positive response to Athens’ demand that the primary surplus target – a noose that is choking the Greek economy - be lowered.

Greece cannot be punished ad infinitum for the errors of the past.

TANEA Team 12 Ιανουαρίου 2020 | 20:28
Share
Δείτε επίσης
Περισσότερα άρθρα για Αγγλική έκδοση
Editorial: Audits of politicians' wealth
Mario Draghi has a prominent position in the EU architecture Editorial: Alliance
After a certain point, the necessary caution is a matter of personal responsibility Editorial: COVID-19 and personal responsibility
Extremists still constitute a threat Editorial: Threat
A consciously responsible stance is needed Editorial: Maintaining COVID-19 alertness
The late PM Constantine Karamanlis famously said, 'We belong to the West' Editorial: Contradictions
The end of EU enhanced fiscal supervision signals the exit from the tunnel Editorial: Breakthroughs
Head of Greek Pomaks’ Association rips into Erdogan’s revisionist expansionism
All Greek governments since Andreas Papandreou's demanded the return of the Marbles Osborne: ‘Deal to be done’ on sharing Parthenon Marbles
All efforts toward a radical resolution of the refugee problem have failed Editorial: The end does not justify the means
France's centrist forces are rallying behind President Emmanuel Macron Editorial: The political centre
The Germans are returning, this time not to impose their will but to cooperate Editorial: Greece as a bridge between Western Balkans, EU
The demographic crisis must be managed swiftly Editorial: Demographic crisis
There was a Jewish presence in Thessaloniki even in antiquity, and the Apostle Paul preached in its synagogue Leon Saltiel: Glimmers of hope in battling Greek antisemitism
Investment will also play a pivotal role Editorial: The dynamic of the Greek economy