By cultivating a murky identity and wavering between populism and realism, the former PM is attempting to keep his left-wing voters while at the same time wooing disaffected centre-left and centre-right voters. 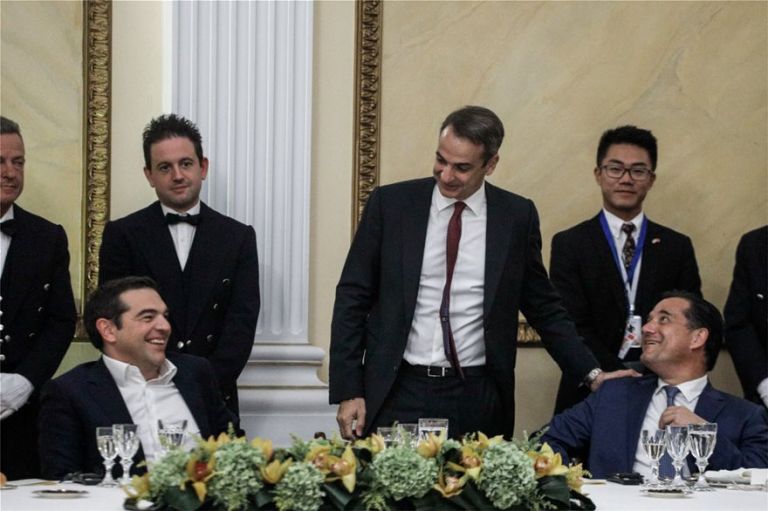 There is a Greek saying that when one dies the soul leaves the body before one’s quirk.

This applies both to individuals and political parties. Until they die they do not change their habits.

Take SYRIZA for example. Since it “came of age” it adopted two lines – one pro-bailout memorandum and the other opposed to it. It uses different rhetoric domestically and abroad. Often its own cadres are confused and alternate between right-wing and left-wing positions.

Alexis Tsipras is the champion of this game. In Parliament’s constitutional revision committee he approves consensus but in the committee investigating the Novartis scandal he sought to stir tensions but backed off at the last minute.

Tsipras supports investment, as even the president of China conceded, and yet he defends those who occupy houses and universities.

He has no problem with singing the praises of Merkel and Morales. The peak of this dichotomy was evident two days ago when he had a jocular conversation with New Democracy MP Adonis Georgiadis, whom SYRIZA constantly describes as an exponent of the extreme right.

Are these simple contradictions or a purposeful strategy? They are probably the latter.

By cultivating a murky identity and wavering between populism and realism, the former PM is attempting to keep his left-wing voters while at the same time wooing disaffected centre-left and centre-right voters.

By maintaining two faces – one reformist and the other radical – he wants to demonstrate that he is a credible alternative choice for voters.

Unfortunately for him, the people have memory and memory does not have many faces – just one, which is overwhelming.

Επιδότηση έως 85% για... πράσινα σπίτια - Ολο το πρόγραμμα
TANEA Team 13 Νοεμβρίου 2019 | 18:55
Share
Δείτε επίσης
Περισσότερα άρθρα για Αγγλική έκδοση
Olympiacos FC statement
Greece’s success in securing its interests at the EU summit shows the way Editorial: Opportunity
Ever since Syriza lost the July, 2019, elections it has appeared unable to adjust to its new role as main opposition party Editorial: Shoestrings
Why Russia? The answer is quite simple for those in the know  Hagia Sophia, Turkey, Russia and the West
Lights of hope: From Olympiacos Piraeus to the World
To continue to confront the coronavirus successfully one needs a combination of state care and individual responsibility Editorial: Time