Thousands of scientists are saying the situation is urgent and that climate change is advancing more rapidly than they believed in the past. 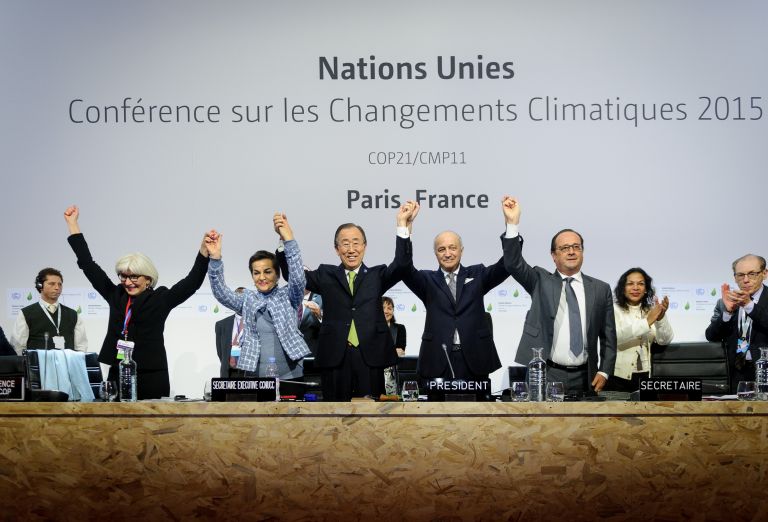 Only a few hours after the US pulled out of the Paris Climate Agreement, 11,000 scientists from 153 countries warned that the climate crisis can bring untold ills to humanity.

The timing of the statement does not only expose the architect of the US departure: Donald Trump. It also makes the US superpower confront its responsibilities.
What will Congress do? How will political parties and citizens react? Will they passively look on as their president pushes the planet toward disaster thus threatening their own lives?

The question is not theoretical. Despite the symbolism of the US departure, the US is one of the largest polluters in the world.

The US is the biggest cogwheel among the 197 countries that signed on to the agreement so as to make it functional.

China and France quite rightly expressed their intense consternation over the decision of the White House.

The scientific community quite rightly is not mincing its words. Thousands of scientists are saying the situation is urgent and that climate change is advancing more rapidly than they believed in the past.

That means that there is no time to waste.

TANEA Team 6 Νοεμβρίου 2019 | 16:54
Share
Δείτε επίσης
Περισσότερα άρθρα για Αγγλική έκδοση
Pappas' case concerns how institutions were exploited during Syriza’s rule, between 2015 and 2019 Editorial: Duty
Editorial: Barbarity
In times of tensions military service is viewed as a national duty Editorial: Incentives for early military service
An emotional start in taking a position on developments in the region would be catastrophic Editorial: A measured response to Israeli-Palestinian conflict
The alternate interior minister said problems with COVID-19 self-tests will be resolved by the end of May Government poised to abolish mandatory SMD to leave home, working to solve self-test problems
If Syriza believes it can garner political gains with daily political transformations it is sorely mistaken Editorial: Political vertigo
Santander Consumer Finance begins activities in Greece
Evangelos Marinakis: Post-Covid Shipping and the Environment – Green Energy Investments
The US ambassador says Biden has “opened up a new vocabulary of cooperation” with Greece Pyatt see deeper US-Greece strategic ties under Biden administration
The case will be re-tried in the framework now set by the Council of State Bombshell Council of State ruling accepts state’s vaccine side-effect liability
May Day should be honoured with a single march each year Editorial: Unity
Transcending the collective crisis will require leadership and not troublemakers Editorial: Messages
After a six-month shutdown, workers in the restaurant business laid the tables Editorial: The first step
The government has repeatedly said that the existing framework is outdated Battle royal looms over government bill overhauling labour relations, limiting strike action
The labour trade union movement is an invaluable and irreplaceable weapon of workers An urgent need for the rebirth of the trade union movement