One need not be a diviner to see that the international economy does not have the best possible prospects. 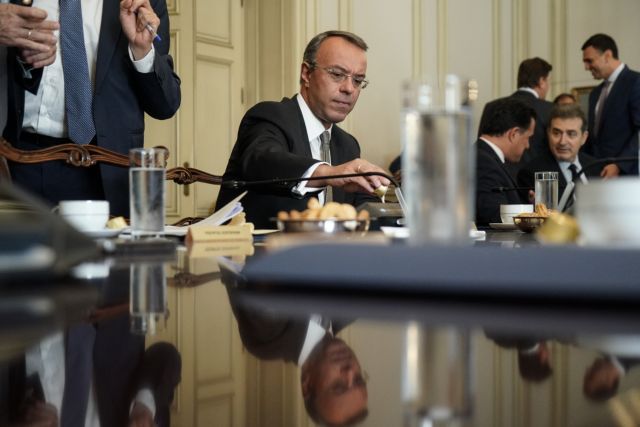 The projection in Greece’s 2020 budget has increased expectations.

That optimism can be explained politically.

The government has banked on the expectations of a strong economic take-off.

That take-off is its basic politico-economic narrative based on the premise of an investment-friendly climate that will make investors trust the Greek economy.

The government must not ignore, however, the dangers of excessive expectations.

Greece must avoid this trap at all costs because otherwise economic optimism will give way to economic insecurity.

That danger will multiply if the state of the global economy deteriorates after four years of prosperity.

One need not be a diviner to see that the international economy does not have the best possible prospects.

The robustness of the international economy was exploited by Portugal over the last four years.

That is why it was able to implement an expansive policy without unsettling its fiscal balances.

Unfortunately, Greece lost that opportunity due to being mired in its last bailout memorandum.

One might hope that Greece in 2019 might emulate Portugal in 2015, but always with an eye to existing traps.

Φορολοταρία : Έρχονται αλλαγές – Το σχέδιο του υπουργείου Οικονομικών
TANEA Team 8 Οκτωβρίου 2019 | 14:02
Δείτε επίσης
Περισσότερα άρθρα για Αγγλική έκδοση
Editorial: Pillar
Editorial: Crisis
Government and opposition are skirmishing over the rubble in Mati Editorial: Duty
As it turned out Mega was too big to die Editorial: The return of Mega Channel
The government cannot address the problem of school violence on its own Editorial: Wave of violence
Job creation is the overarching aim so that society can prosper Editorial: Automatic pilot
Right now there must be delicate diplomatic manoeuvres abroad and a solid front domestically Editorial: Consensus
Editorial: Delusions
Editorial: Readiness
It seems that freedom of speech cannot be taken for granted in our country Editorial: Fascism
At last it seems that reason is prevailing over belief and superstition about vaccines Editorial: Sirens
Dialogue must continue to be a basic pillar of Greek foreign policy Editorial: Dialogue
SYRIZA links Oruc Reis incident to Turkey's disputation of Greek sovereignty over Aegean islets
The state is obliged to determine which groups are serving humanistic ideals and which are simply exploiting human misery Editorial: Investigation
Electronic prescriptions a much-needed push toward digital modernisation