After four long years a verdict must be rendered in the Golden Dawn trial, the verdict that is being awaited by the family of Pavlos Fyssas and by all defenceless victims of the neo-Nazis. 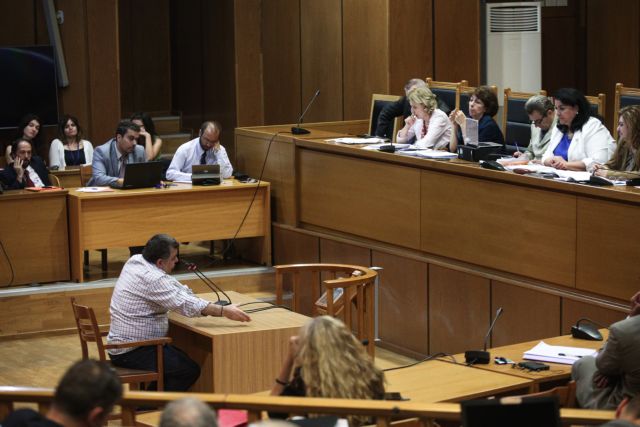 After four years the trial of the Golden Dawn party as a criminal organisation has reached the final stretch with the testimony of the confessed murder of anti-fascist rapper Pavlos Fyssas, Golden Dawn member Yorgos Roupakias.

This trial should go down in history not due to its duration, which is longer than the Nuremberg Trials, but rather because of the proper verdict of the judges, which one expects to be a model for the future.

The neo-Nazis exploited the generalised sense of insecurity and disappointment created by the economic crisis in order to claim a portion of voters who for various reasons wanted to cast an “anti-system” vote.

Golden Dawn managed to trap enough voters to keep it in Parliament for a number of years.

Now those citizens have turned their back on Golden Dawn and the party is withering.

That is the political aspect of the neo-Nazi party.

Golden Dawn, however, is not on trial because of its ideas, as abhorrent as they may be, or for the trap it set up to lure voters.

It is being tried for crimes listed in the penal code which demonstrate that in fact the supposed political party was acting as a criminal gang.

After four long years a verdict must be rendered, the verdict that is being awaited by the family of Pavlos Fyssas and by all defenceless victims of the neo-Nazis.

Μωρό γεννήθηκε με… νεύρα – Το «απειλητικό» βλέμμα στο γιατρό
TANEA Team 18 Ιουλίου 2019 | 16:45
Δείτε επίσης
Περισσότερα άρθρα για Αγγλική έκδοση
Editorial: Pillar
Editorial: Crisis
Government and opposition are skirmishing over the rubble in Mati Editorial: Duty
As it turned out Mega was too big to die Editorial: The return of Mega Channel
The government cannot address the problem of school violence on its own Editorial: Wave of violence
Job creation is the overarching aim so that society can prosper Editorial: Automatic pilot
Right now there must be delicate diplomatic manoeuvres abroad and a solid front domestically Editorial: Consensus
Editorial: Delusions
Editorial: Readiness
It seems that freedom of speech cannot be taken for granted in our country Editorial: Fascism
At last it seems that reason is prevailing over belief and superstition about vaccines Editorial: Sirens
Dialogue must continue to be a basic pillar of Greek foreign policy Editorial: Dialogue
SYRIZA links Oruc Reis incident to Turkey's disputation of Greek sovereignty over Aegean islets
The state is obliged to determine which groups are serving humanistic ideals and which are simply exploiting human misery Editorial: Investigation
Electronic prescriptions a much-needed push toward digital modernisation