The Greek Police Chief has also been spotted and photographed at political party gatherings in the provincial cities of Agrinio and Xanthi. Was he overseeing security as he sat in the first row there as well? 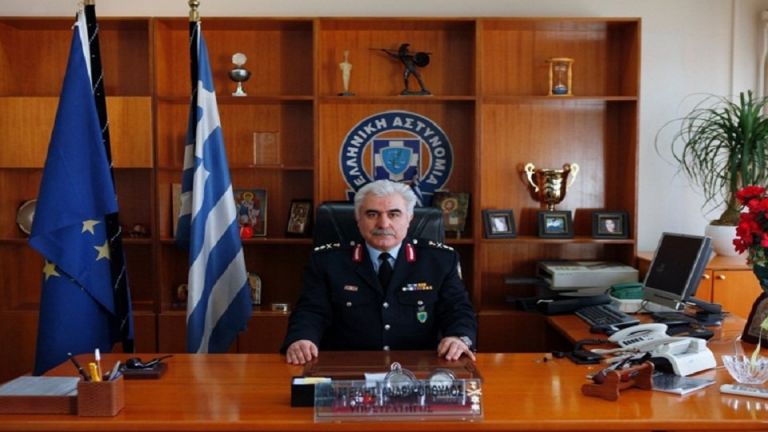 The presence of the Chief of Greek Police at the main political rally of the ruling party appears to be a case of misconduct.

He said that his attendance had nothing to do with party preferences but rather was motivated by his desire to personally oversee security measures.

However, the Police Chief has also been spotted and photographed at political gatherings in the provincial cities of Agrinio and Xanthi. Was he overseeing security as he sat in the first row there as well?

The Chief of Police has committed two errors. The one is the glaring violation of Article 29 (par. 3) of the Greek Constitution: “All types of activity for or against a political party are absolutely prohibited for judicial functionaries and all serving in the armed forces and security forces (police).”

Secondly, he offered a justification that can easily be disproved. As the state’s executive arm for the protection of legality the Chief of Police has several reasons to abide by the law. It is his duty to society and to his younger colleagues, for whom he must serve as a model of exemplary behaviour.

If he did not do his duty, his political supervisors must do theirs, regardless of the fact that they may have the same party preference and that they appointed him to his post.

If it is confirmed that the Chief of Police indeed violated the law he must suffer the consequences.

Until the law changes, he must express his party preferences exclusively at the ballot box.

TANEA Team 29 Μαΐου 2019 | 16:10
Share
Δείτε επίσης
Περισσότερα άρθρα για Αγγλική έκδοση
Ankara is laying the groundwork for a feverish and tense summer Editorial: Responding to the challenge of Turkish provocations
The new cadres are fresh faces without much experience in politics Editorial: A new generation at the helm in PASOK
The state also has a role to play and it must act quickly Editorial: Dealing with judicial delays
The US-Greece relationship is based on mutual respect Editorial: American vote of confidence in Greece
Turkey and Greece are moving in opposite directions Editorial: Turkey's dangerous games
The Ukrainians are fighting on home turf and have very high morale Dinner with Zelensky: the character of a Ukrainian hero
The PM is also mulling a substantial cabinet reshuffle Mitsotakis no longer rules out early elections, possible autumn dates floated
Editorial: A scourge at our schools
When time is of the essence, the government has a duty to act Editorial: It is high time for reforms
Mitsotakis underlined Greece’s crucial geostrategic position PM Kyriakos Mitsotakis’ historic speech to Joint Session of US Congress (full text)
A party without self-criticism and renewal cannot move forward Editorial: Political parties transforming
Greece’s role as an energy hub must be emphasised Editorial: Opportunities
Mitsotakis-Biden talks: Greek-Turkish relations, the war in Ukraine, wayward Turkey’s new role in NATO
It is not in Greece’s interest for Turkey to be isolated or humiliated Editorial: Opportunity
The Marshall Plan prioritised rebuilding export capacity How should a Marshall Plan for Ukraine work?