The government and the education minister are driving young people to the misery of unemployment in the name of petty partisan gain. 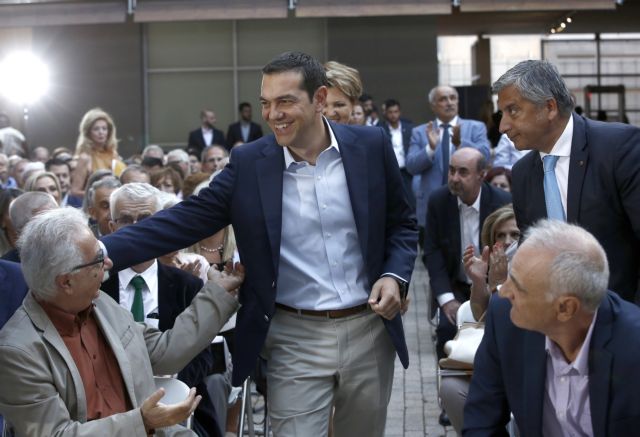 The numbers tell the story. One-quarter of Greek university students will complete studies in engineering, a profession with a 40 percent unemployment rate, according to a report in Ta Nea.

That is because tertiary technical schools were granted university status by the government. That will create a record 36 polytechnic faculties nationwide.

It has been said that where the numbers prosper people suffer, and the aforementioned numbers confirm that.

The government and the education minister are driving young people to the misery of unemployment in the name of petty partisan gain.

They offer the bait of formally upgraded tertiary technical schools without taking into consideration that the graduates will face a bleak future of unemployment.

That lays the groundwork for a new brain drain, which is to say the definitive withering away of a society which already is confronted with a huge demographic problem.

It has been said that universities should not be linked with the market. Must they be linked with unemployment? Should faculties that are already over-packed mushroom further and offer degrees with no value in the market?

The country will pay dearly for this short-sighted policy. That is because of a minister who more than any of his predecessors linked the education system with partisan interests and personal ideological fixations.

TANEA Team 16 Απριλίου 2019 | 14:48
Share
Δείτε επίσης
Περισσότερα άρθρα για Αγγλική έκδοση
A crucial parameter is whether the punishment will be proportional to the heinous crime Editorial: Strict punishment
Editorial: A calculated diplomacy
It is the duty of the government to immediately coordinate with the expert committee Editorial: Clarity
Greece's demographic problem is complex and requires political solutions Editorial: Anachronism
A businessman has the right to bar entry to his or her establishment of unvaccinated people Editorial: Reaching an understanding
Editorial: Privileges
The NATO Summit is bound to be newsworthy as it is Biden’s first Editorial: Lines
The government must ensure that the path toward modernisation will begin. Editorial: Changes
Covid free Kythnos island – 100% of the population vaccinated
Tourism minister in the Netherlands
There are strikes, like the one at the port, held just for the sake of declaring them Editorial: Conceptions
Ideally, we should fashion a new social and economic model for Greece Editorial: Model
The government must urgently undertake necessary initiatives to root out organised crime Editorial: Root out organised crime
COVID-19 vaccines and immunity: We are not among the lucky ones
Our era requires balances, seriousness, planning, and of course to defend one’s red lines Editorial: A coordinated foreign policy