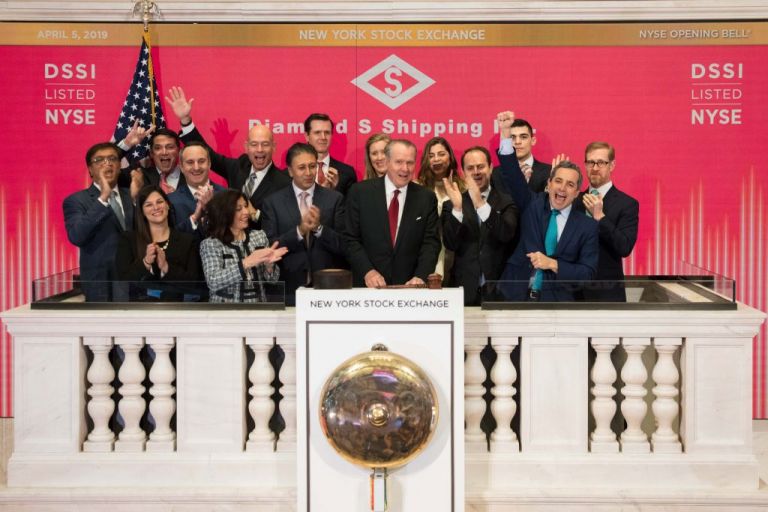 The management of Diamond S Shipping celebrated the compamy’s listing on the New York Stock Exchange (NYSE) by ringing the opening bell at the start of trading on 5 April, 2019.

Craig H. Stevenson, Jr, CEO & President rang the bell flanked by Board members Gerasimos Kalogiratos, Gerasimos Ventouris, Miltiadis Marinakis, and Athanasia Marinaki of Capital Maritime, as well as other members of the Board and management of Diamond S Shipping. 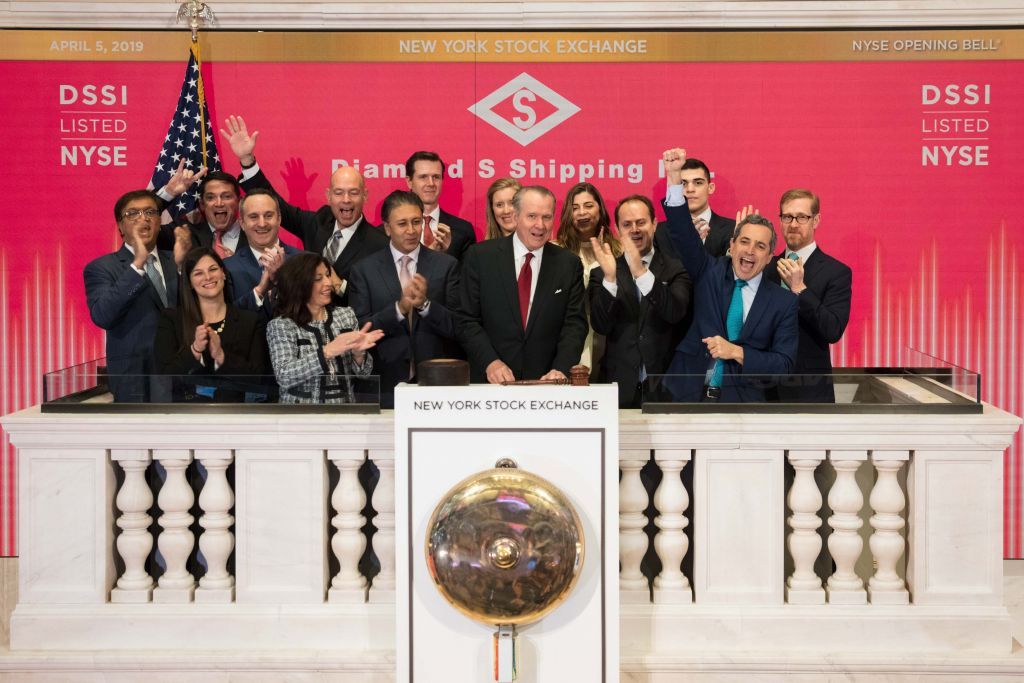 The New York Stock Exchange in turn raised the Greek and American flags on Wall Street and issued special memorial medallions to mark the occasion. 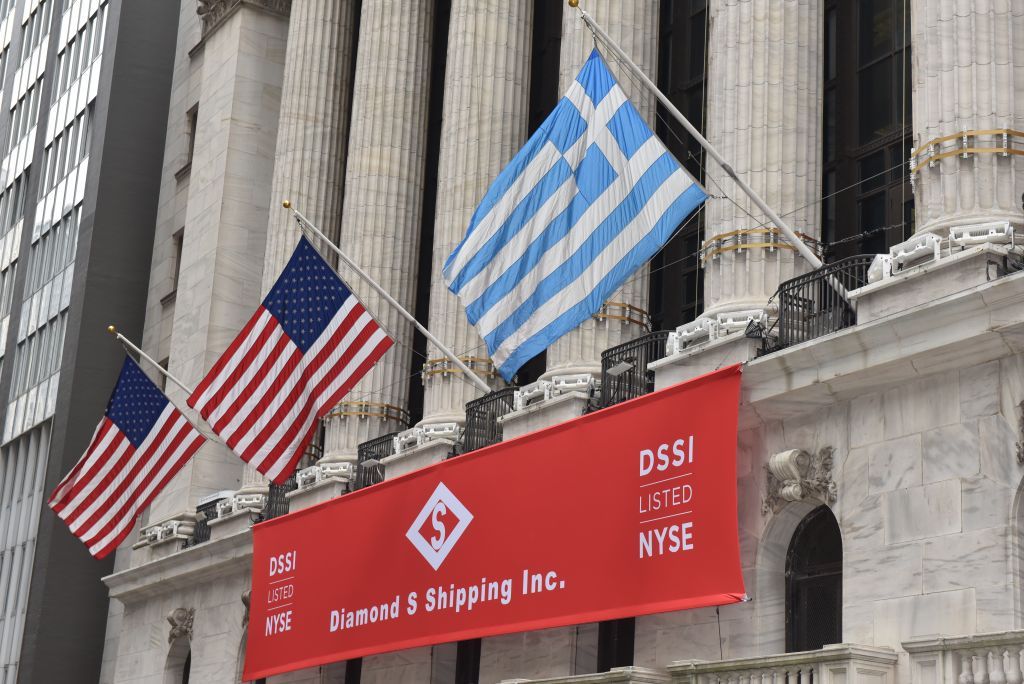 The opening bell ringing on Wall Street is an event with an extremely broad audience of 100 million, comprised of investors and others globally.

It should be noted that Diamond S. Shipping was listed on the NYSE on Thursday, 28 March, and began trading at 11 dollars per share.

The listing of shipping companies on the NYSE has dropped substantially over recent years. Diamond S Shipping is the first shipping company listed on the NYSE in 2019, creating a tanker shipping colossus that can meet investors’ demands as regards the size of the company, economies of scale, and liquidity.

Diamond S is a spin off company of Capital Product Partners LP, in which Vangelis Marinakis has a stake, WR Ross & Company (of US Commerce Secretary Wilbur) and other institutional investors including China InvestmentCorp (China’s largest state investment fund), First Reserve Management, and CarVal Investors (the investment branch of Cargill).

The listing of DSSI on Wall Street was the crowning moment of a huge deal in global commercial shipping and the largest of a Greek shipowner on the NYSE, valued at 1.65bn dollars.

Diamond S Shipping was the result of the merger of the tanker fleets of CPLP and DSS following negotiations that lasted one year-and-a-half. It is one of the biggest mergers in global commercial shipping, and certainly the greatest merger in the shipping sector involving a Greek shipowner. 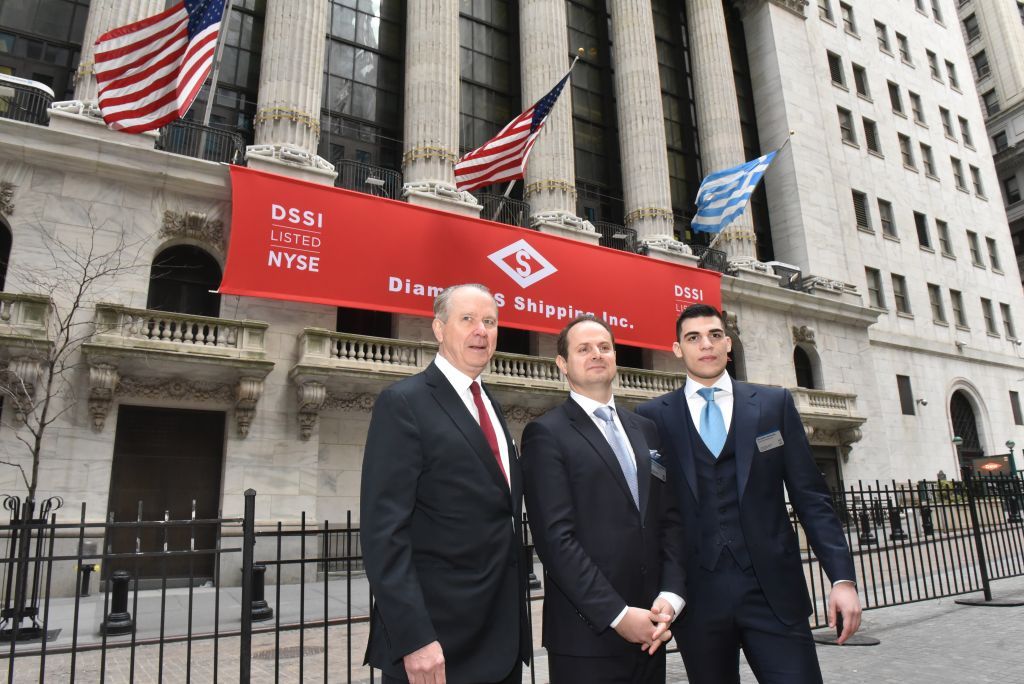 The Management Company of CPLP, Capital Ship Management, which has long tradition in shipping, will continue to manage the 25 ships that CPLP contributed to DSSI. 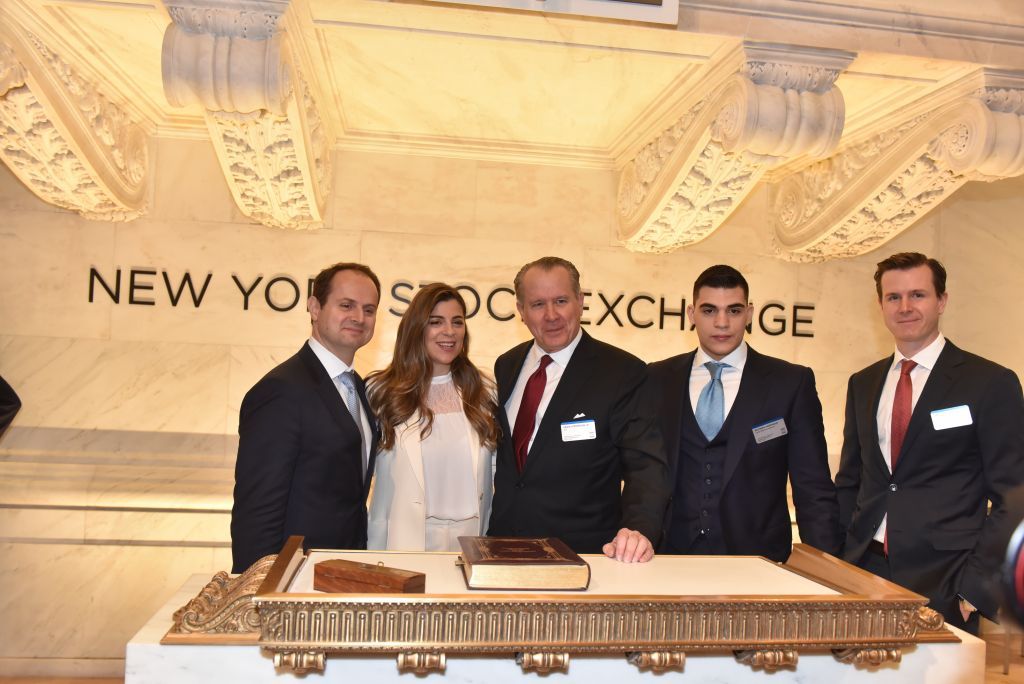 TANEA Team 5 Απριλίου 2019 | 22:22
Share
Δείτε επίσης
Περισσότερα άρθρα για Αγγλική έκδοση
There is a danger of the war being viewed as something normal Editorial: Taking measures
Athens' objective was to avert concessions that might affect Greek interests Greece, Turkey declare their satisfaction with results of NATO summit
What is at stake is the strategic depth of the Alliance Editorial: A crucial NATO summit
European supervised drug consumption sites have been an inextricable part of drug treatment Editorial: The first step
The overturning of Roe v. Wade turns the clock back 50 years for American women. Editorial: Back and forth
Thymios' statement - “I no longer trust people.” – is a punch in the gut. Editorial: A punch in the gut
Editorial: Audits of politicians' wealth
Mario Draghi has a prominent position in the EU architecture Editorial: Alliance
After a certain point, the necessary caution is a matter of personal responsibility Editorial: COVID-19 and personal responsibility
Extremists still constitute a threat Editorial: Threat
A consciously responsible stance is needed Editorial: Maintaining COVID-19 alertness
The late PM Constantine Karamanlis famously said, 'We belong to the West' Editorial: Contradictions
The end of EU enhanced fiscal supervision signals the exit from the tunnel Editorial: Breakthroughs
Head of Greek Pomaks’ Association rips into Erdogan’s revisionist expansionism
All Greek governments since Andreas Papandreou's demanded the return of the Marbles Osborne: ‘Deal to be done’ on sharing Parthenon Marbles