The so-called “Bridge” initiative to bring together SYRIZA and the centre-left failed because the bridge builders were people who were linked to SYRIZA. 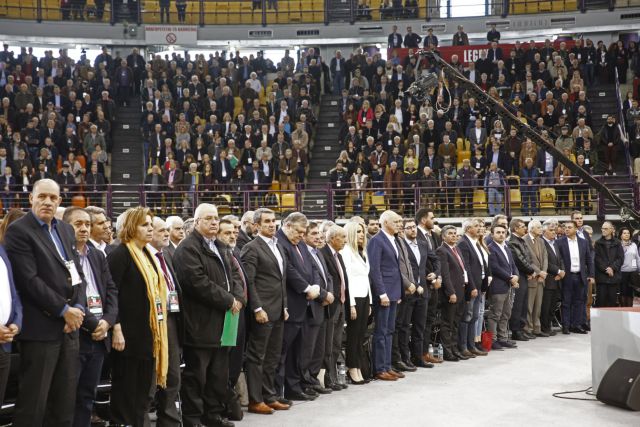 There are many reasons that SYRIZA’s efforts to woo and penetrate the centre-left have resulted in a fiasco.

One reason for that is that the Prime Minister attempted a shift toward Social Democracy without curbing his populist instincts.

Secondly, the endeavour was undertaken in an aggressive manner with petty partisan ruses which ended up rallying together the centre-left Movement for Change.

Thirdly, the PM in his effort to imitate the late Andreas Papandreou overlooks the fact that Papandreou was able to unite the centre-left because he was part of it from the beginning of his political career in the 1960’s and not a newcomer.

The so-called “Bridge” initiative to bring together SYRIZA and the centre-left failed because the bridge builders were people who were linked to SYRIZA or had served in the ruling party’s government.

Now, the effort is continuing with the recruitment of individuals who claim to have come from Pasok but who have had no links to the party for years. These are people who are political lightweights and conceal their insignificance with grandiose titles.

The result is a dual political and communications fiasco, because SYRIZA ignored the fundamental political principle that bridges are built through agreement on a political programme and not by political pillaging.

TANEA Team 4 Απριλίου 2019 | 14:25
Share
Δείτε επίσης
Περισσότερα άρθρα για Αγγλική έκδοση
There is a danger of the war being viewed as something normal Editorial: Taking measures
Athens' objective was to avert concessions that might affect Greek interests Greece, Turkey declare their satisfaction with results of NATO summit
What is at stake is the strategic depth of the Alliance Editorial: A crucial NATO summit
European supervised drug consumption sites have been an inextricable part of drug treatment Editorial: The first step
The overturning of Roe v. Wade turns the clock back 50 years for American women. Editorial: Back and forth
Thymios' statement - “I no longer trust people.” – is a punch in the gut. Editorial: A punch in the gut
Editorial: Audits of politicians' wealth
Mario Draghi has a prominent position in the EU architecture Editorial: Alliance
After a certain point, the necessary caution is a matter of personal responsibility Editorial: COVID-19 and personal responsibility
Extremists still constitute a threat Editorial: Threat
A consciously responsible stance is needed Editorial: Maintaining COVID-19 alertness
The late PM Constantine Karamanlis famously said, 'We belong to the West' Editorial: Contradictions
The end of EU enhanced fiscal supervision signals the exit from the tunnel Editorial: Breakthroughs
Head of Greek Pomaks’ Association rips into Erdogan’s revisionist expansionism
All Greek governments since Andreas Papandreou's demanded the return of the Marbles Osborne: ‘Deal to be done’ on sharing Parthenon Marbles