There is a fortuitous confluence of events for the Movement for Change as it has become apparent that SYRIZA’s opening to the centre-left is a failure. 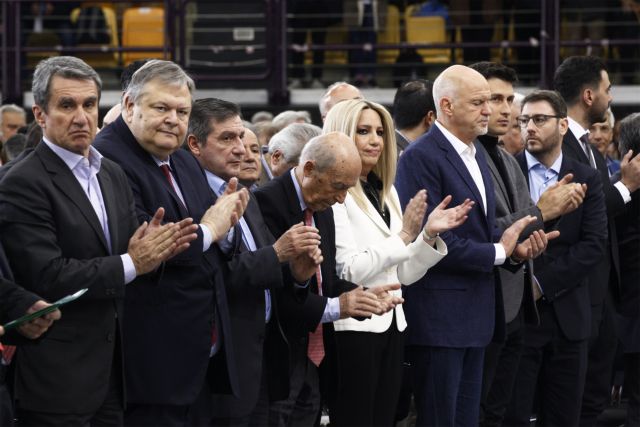 The Pasok-centred Movement for change paid a debt of honour to Andreas Papandreou. It is a debt not just because Andreas Papandreou played a leadimg role in fashioning the contremporary centre-left, but also because the SYRIZA left is trying to expropriate the legacy of this important leader even through imitation.

That expropriation operation defines the content of the extraordinary party convention and the great challenge that confronts the centre-left today. That is reclaiming the electoral clientele that fled from Pasok to SYRIZA during the crisis.

Symbols such as Pasok’s green sun will certainly play a role in this endeavour. The basic battle will be waged on the basis of ideas, campaign platforms, and rhetoric.

The Movement for Change has the historical responsibility to bolster its part of the political spectrum. It also has a duty to block the predominance of the populist Left which SYRIZA expressed and still does despite the supposed shify to Social Democracy.

There is a fortuitous confluence of events for the Movement for Change as it has become apparent that SYRIZA’s opening to the centre-left is a failure.

The current situation gives the centre-left an opportunity to open a new chapter with self-confidence and dynamism.
It must not waste the opportunity offered by both the convention and this year’s general election.

Πανελλαδικές 2020 : Πώς διαμορφώνονται οι βάσεις σε 120 τμήματα
TANEA Team 31 Μαρτίου 2019 | 04:15
Share
Δείτε επίσης
Περισσότερα άρθρα για Αγγλική έκδοση
Olympiacos FC statement
Greece’s success in securing its interests at the EU summit shows the way Editorial: Opportunity
Ever since Syriza lost the July, 2019, elections it has appeared unable to adjust to its new role as main opposition party Editorial: Shoestrings
Why Russia? The answer is quite simple for those in the know  Hagia Sophia, Turkey, Russia and the West
Lights of hope: From Olympiacos Piraeus to the World
To continue to confront the coronavirus successfully one needs a combination of state care and individual responsibility Editorial: Time
Britain’s Ocado sees retail sales soar 27% in lockdown half
Blinded by power the Syriza-Independent Greeks thought they could rule without constitutional checks Editorial: Paying the piper