The education system requires a national policy, but that presupposes dialogue, open horizons, and a synthesis of ideas. 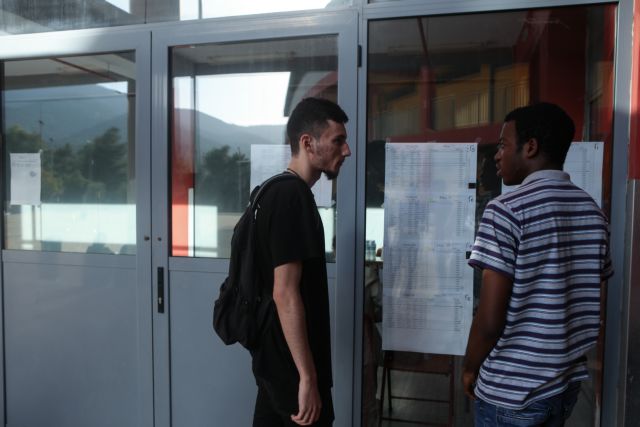 He was not the first to do so and based on the result one would hope that he will not be the last. However he is the first who during his term has experimented on the job with changes at the expense of students.

The wide range of proposals that the minister presented on television seems to feature everything and its opposite.
First he abolished exams then created a national high school diploma. He delinked the high school diploma grade point average from university admissions and then repeatedly changed the number of subjects in which candidates will be examined.

He abolished exams in some courses which he considered superfluous and then established exams in courses for which the curriculum has not yet been drafted.

The education system requires a national policy, but that presupposes dialogue, open horizons, and a synthesis of ideas.

That national policy requires exactly what is not being done by a minister whose wont it is to arbitrarily impose his views on a series of issues pertaining to all levels of the education system.

Regarding the university admissions system, the minister appears to be adhering in the lonely dialogue that he is conducting with himself to the saying of Groucho Marx: “Those are my principles, and if you don't like them...well I have others.”

Κοροναϊός : Εφιαλτικές εικόνες στο Εκουαδόρ – Πτώματα παρατημένα στους δρόμους
TANEA Team 15 Μαρτίου 2019 | 22:41
Share
Δείτε επίσης
Περισσότερα άρθρα για Αγγλική έκδοση
Solidarity is not a matter that concerns only the pinnacle of the social pyramid - the  state Editorial: Assistance
Protecting the citizenry is a fundamental objective of contemporary democracies Editorial: Protection
Quite rightly the government in this phase has made public health its top priority Editorial: Priorities
How European Banking Supervision can help fight the economic consequences of the coronavirus outbreak in Europe
The past can teach us valuable lessons today and equip us for the future Editorial: Lessons
Neither the state nor society can wage this battle on their own Editorial: Rallying cry
Editorial: Action
We can be relatively optimistic because at least we got off to a good start in this struggle for survival. Editorial: Optimism
Editorial: Collateral damage
The Greek president reminded the EU of the values that Greece serves and that Europe must not cease serving Editorial: Messages
Greece takes sweeping measures to protect business, labour from coronavirus tempest
EU shuts borders to impede march of 'the enemy' Coronavirus pandemic
There can be absolutely no complacency or laxness in responding to the Coronavirus pandemic Editorial: Uphill battle
Health ministry announces slight rise in Covid-19, over 4,000 test conducted
At this time of crisis one must not enforce rules that were adopted for normal timeS Editorial: Trying times