Left-wing and right-wing populism do not differ much. as they are based on the same type of rhetoric and lies and they deceive citizens in the same manner. 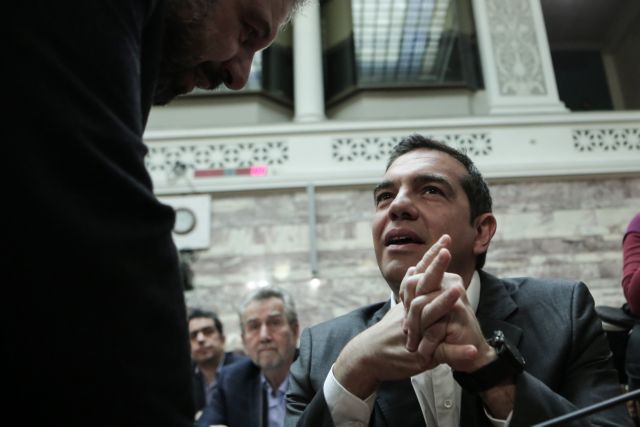 In his address to his parliamentary group yesterday, the Prime Minister demonstrated that the only policy that he serves faithfully is that of division and polarisation.

His speech was divisive and deeply populist at a time when the country needs to come together in an environment of political normalcy.

It is certainly to be expected that as the general election approaches one will hear high-pitched rhetoric.

Yet it would be disastrous if the government were to dig up the divisive political dilemmas of the past and resort to rhetoric about corrupt elites which has been used by leaders such as Donald Trump in the US, Matteo Salvini in Italy, Marine Le Pen in France, Jaroslaw Kaczynski in Poland, and other exponents of right-wing and ultra-right populism.

It has become clear that left-wing and right-wing populism do not differ much. They are based on the same type of rhetoric and the same lies and they deceive citizens in the same manner.

The country already experienced all this once during the crisis, in the first six months of SYRIZA’s rule, and it reached the edge of the abyss. The last thing it needs is to go through that again.

The country does not need to be dragged into dangerous situations by a government and a PM who have lost their composure and refuse to reconcile themselves to the idea that in democracies losing power is not the exception but the rule.

TANEA Team 14 Μαρτίου 2019 | 14:59
Share
Δείτε επίσης
Περισσότερα άρθρα για Αγγλική έκδοση
Ankara is laying the groundwork for a feverish and tense summer Editorial: Responding to the challenge of Turkish provocations
The new cadres are fresh faces without much experience in politics Editorial: A new generation at the helm in PASOK
The state also has a role to play and it must act quickly Editorial: Dealing with judicial delays
The US-Greece relationship is based on mutual respect Editorial: American vote of confidence in Greece
Turkey and Greece are moving in opposite directions Editorial: Turkey's dangerous games
The Ukrainians are fighting on home turf and have very high morale Dinner with Zelensky: the character of a Ukrainian hero
The PM is also mulling a substantial cabinet reshuffle Mitsotakis no longer rules out early elections, possible autumn dates floated
Editorial: A scourge at our schools
When time is of the essence, the government has a duty to act Editorial: It is high time for reforms
Mitsotakis underlined Greece’s crucial geostrategic position PM Kyriakos Mitsotakis’ historic speech to Joint Session of US Congress (full text)
A party without self-criticism and renewal cannot move forward Editorial: Political parties transforming
Greece’s role as an energy hub must be emphasised Editorial: Opportunities
Mitsotakis-Biden talks: Greek-Turkish relations, the war in Ukraine, wayward Turkey’s new role in NATO
It is not in Greece’s interest for Turkey to be isolated or humiliated Editorial: Opportunity
The Marshall Plan prioritised rebuilding export capacity How should a Marshall Plan for Ukraine work?