There is a double minefield on Greece’s path. The economy remains shackled by austerity policies and the danger of fiscal derailment is ever-present. 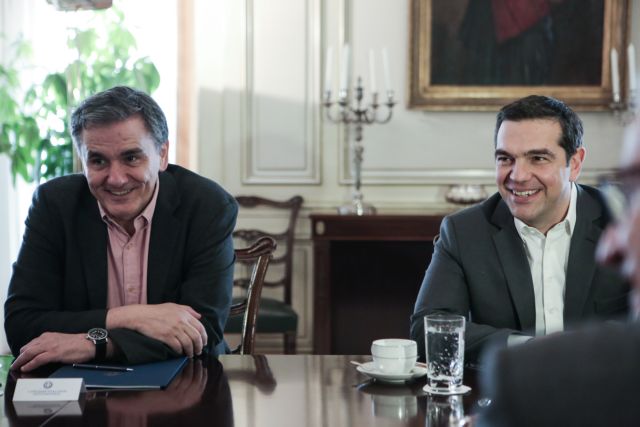 The report of the European Commission on the Greek economy leaves no room for complacency. The European institutions are demanding a drop in the tax-free ceiling and a freeze of measures to counter-balance the impact of austerity if the judiciary rules that cut wages and pensions must be returned to whose income was slashed.

There is a double minefield on Greece’s path. The economy remains shackled by austerity policies and the danger of fiscal derailment is ever-present.

Instead of remaining focused on the target, the government is preoccupied with other matters.

Even the finance minister wastes energy on party politics, on his political activity in the Group of 53, a sort of self-styled leftist opposition withinin SYRIZA.

Meanwhile, the MP is trapped in a political impasse and is preoccupied with pillaging the centre-left’s cadres and political base.

All this is certainly part of politics, but politics cannot be conducted with clashes and without taking into account the citizenry – their anxieties and problems.

All opinion polls indicate that the basic worry of citizens is the economy and not which politicians will join SYRIZAin a political front after the PM’s invitation.

Politics that is cut off from society is not politics. No power that remains closed in itself is able to govern.Invitations can wait. The economy cannot.

TANEA Team 28 Φεβρουαρίου 2019 | 23:59
Share
Δείτε επίσης
Περισσότερα άρθρα για Αγγλική έκδοση
People want answers, persuasive plans, and arguments Editorial: Maturation
The pandemic and citizens’ fears regarding inflation have shocked households Metron Analysis poll: SYRIZA trails New Democracy, KINAL-PASOK skyrockets
It is imperative for the weapons programme to be implemented immediately Editorial: Arrivals
The charges of the victim garnered attention nationwide Editorial: Support
Greece is a peaceful Western country Editorial: Vigilance
Both SYRIZA and PASOK are in a transitional phase Editorial: Changes
Tsipras posts on the social media and frequently as possible Editorial: Obligations
Universities have become a sort of state within the state Editorial: Enough is enough!
Nobody for whatever reason has the right to beat a professor Editorial: Zero tolerance
The shift in America’s priorities should come as no surprise Editorial: Fluidity
We have the weapons, the experience, and obviously the collective will Editorial: Transcending the pandemic
How do you negotiate with Vladimir Putin? Editorial: Dilemma
Editorial: Phenomenon
Maintaining tensions does not contribute to dialogue or good neighbourly relations Editorial: Pragmatism in Greek-Turkish relations
The alarm bell of daily life is urgently ringing Editorial: Alarm bell