“How could I have fled, given the fact that for the last year I have been monitored by a bunch of EYP [Greek Intelligence Service] agents?” he asked. 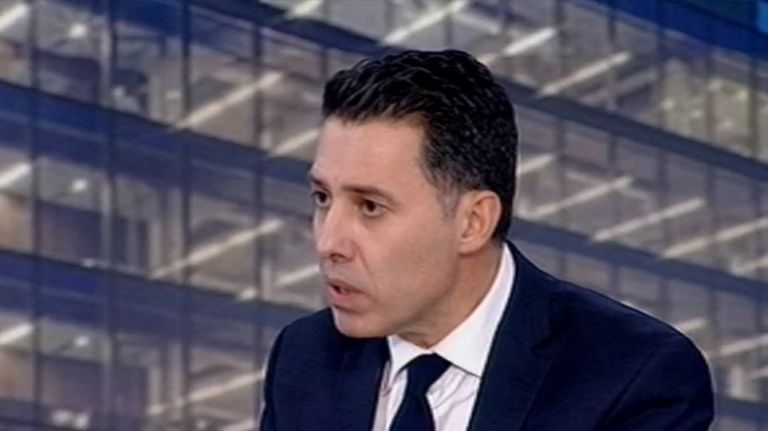 Public Health Professor Nikos Maniadakis has granted a spate of television interviews in the last 24 hours in which he claims that judicial authorities pressured him to implicate political figures in the case against the pharmaceuticals giant Novartis.

The communications push came on the heels of Maniadakis, who until now was a protected witness in the case, being detained by authorities as he awaited an airplane flight at Athens’ Eleftherios Venizelos International Airport.
He said that he was moving to Spain and that he had informed prosecutors of that.

Now, another protected witness has told authorities that Maniadakis had also received a kickback, and felony charges are reportedly being filed against him.

‘On Thursday (27 December), I met with the prosecutor herself and I told her that I will move abroad,” Maniadakis asserted.

He said that he was detained at the airport on various pretexts fro 8am to 2pm and that he was then presented with a prosecutor’s order forbidding him to leave the country.

“Authorities knew that my family and I were moving and that I would return. Indeed, I was given instructions regarding procedures to be followed with authorities abroad,” he said.

“How could I have fled, given the fact that for the last year I have been monitored by a bunch of EYP (Greek Intelligence Service) agents?” he asked.

Known as Yannis Anastasiou in the context of the witness protection programme, the professor is now insisting that he knows nothing about the illegal activity of others, and he denied any wrongdoing on his part.

Still, he said that, “There are responsibilities that arise regarding the over-pricing of medicines.”

“Prosecutors insist that I know whether unlawful acts were committed by politicians. I, however, am not acquainted with political figures nor have I participated in such actions. I was asked to name names many times,” he asserted.

In a lengthy interview with SKAI television, he said that he had testified with his own name both before Greek authorities and the FBI. He had refused to enter an FBI witness protection programme.

Asked why he decided to enter the (Greek) witness protection programme if he had not named politicians, he said he did this because he had testified about over-pricing in the medicines price costing that is conducted periodically.

“When you reveal that in the setting of medicines pricing every four months there is a one euro inrease that procuces 10mn euros in debt, does that not merit protection? I never promised nor said that I would give evidence and name individiduals. If you have demonstrated that there have been illegal price hikes and certain people are affected, that requires protection,” Maniadakis said.

Maniadakis said that a female protected witness “accused me of having received 120,000 euros from Novartis in order to over-price medicines”.

He dismissed as false the assertions of an attorney for certain witnesses who have entered the US witness protection programme that he had named politicians in Greece in discussions with American authorities and that he (Maniadakis) “had an economic motivation”.

“I testified using my real name, but I have not mentioned anybody,” he maintained, suggesting that he was entrapped. “It is obvious what has happened.”

The public health professor said the Novartis affair is “a huge case with dozens of branches”.

Pavlos Sarakis, the lawyer for witnesses in the same case who have entered the much stricter US witness protection programme, accused Maniadakis of “playing a double game” and that this boomeranged.

“Maniadakis has been transformed from a witness into an accused party because his tactics proved to work against him. The choice of a double game cost him,” the lawyer said.

Sarakis said that Maniadakis had named specific politicians, even though claimed not to have seen the transcript of Maniadakis’ statements.

Citing his self-professed knowledge of the modus operandi of US authorities in interrogation, Sarakis said that “the accused (Maniadakis) attributed responsibility to specific political figures in talks with Greek authorities as well and has spoken of corruption to the tune of 1.8bn euros”.

Sarakis described Maniadaksi as “a strong player who knew things about the world of pharmaceuticals in Greece and around the world”.