It would be disastrous for the government to create yet another crisis within a crisis through a new round of imprudent policies. 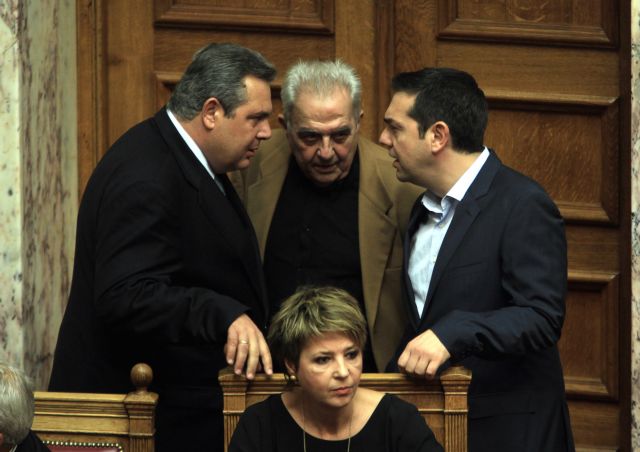 In his effort to save himself electorally, the prime minister maintains that the economic crisis is over.

He wants to persuade citizens of that in a palpable manner, handing out as his predecessors did benefits and pledges, only to find that the result was not what they expected. They were not re-elected and the country collapsed.

The SYRIZA-Independent Greeks government is treading on the same slippery slope. It conducts politics without looking beyond the next general election. It does this even though the crisis has hardly ended, and despite the fact that the country has not regained its credibility and the trust of markets has not been built.

Given these indisputable facts, Ta Nea’s headline today about the country’s endurance is not scare-mongering. It reflects genuine concern.

The PM accused the media (including this newspaper) of scare-mongering and stirring fear when he was seeking power and the press was underlining what he realised much later “with a clear mind” – that his policies were leading the country to the abyss.

At the last minute, the country avoided falling off the cliff when the third bailout memorandum was signed by the SYRIZA-Independent Greek government. It thus triggered a crisis within the crisis.

It would be disastrous for the government to create yet another crisis within a crisis through a new round of imprudent policies.

The last thing the country needs now is continual tests of endurance.

The PM and his government have already tested the endurance of citizens quite enough.