The government has polarised the political system. It has attempted to divide society. It has manufactured enemies. It has sent messages of intolerance. 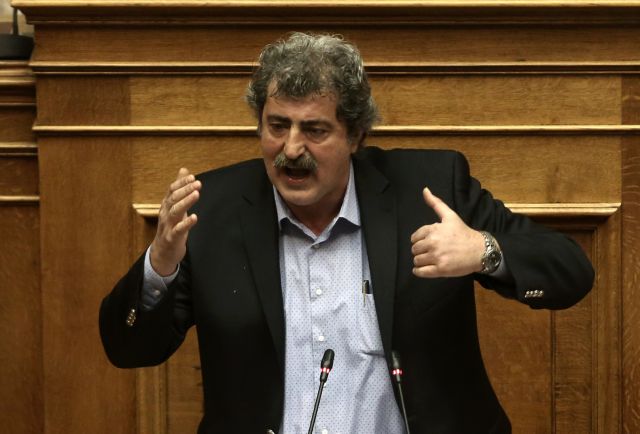 The current government has unfortunately poisoned the country’s political life again and again.

It has polarised the political system. It has attempted to divide society. It has manufactured enemies. It has sent messages of intolerance. As it seems, it will proceed to elections by dividing and polarising, by polarising and dividing.

The targeting of Costas Simitis bears witness to that. The former prime minister needs no defence. He himself picked up the gauntlet with a response that leaves no room for misinterpretation.

Nonetheless, the fact that he was targeted raises a number of questions. Why now? What is the evidence aside from the unsubstantiated allegations of one individual in 2004?

The answers will be given. Still, it obvious that there is political planning involved in this affair.

What will be recorded as one of the dark pages of Greek political history, the “Polakis Dogma”, was not a fleeting moment involving the immodesty of a minister, who at certain times uses invective and at others supplants the judiciary. It is an organised plan with a beginning, middle, and end.

Above all, it has a specific aim: “We must put some people in jail in order to win the elections,” as Polakis (photo) declared at a SYRIZA party meeting.

The plan is in full swing, and as it seems it will continue to unfold up until the general election.

The criminalisation of political life will not cease.  Unfortunately, all means will be marshaled in what the government views as a battle to the bitter end, and without rules.

TANEA Team 15 Νοεμβρίου 2018 | 14:04
Share
Δείτε επίσης
Περισσότερα άρθρα για Αγγλική έκδοση
Pappas' case concerns how institutions were exploited during Syriza’s rule, between 2015 and 2019 Editorial: Duty
Editorial: Barbarity
In times of tensions military service is viewed as a national duty Editorial: Incentives for early military service
An emotional start in taking a position on developments in the region would be catastrophic Editorial: A measured response to Israeli-Palestinian conflict
The alternate interior minister said problems with COVID-19 self-tests will be resolved by the end of May Government poised to abolish mandatory SMD to leave home, working to solve self-test problems
If Syriza believes it can garner political gains with daily political transformations it is sorely mistaken Editorial: Political vertigo
Santander Consumer Finance begins activities in Greece
Evangelos Marinakis: Post-Covid Shipping and the Environment – Green Energy Investments
The US ambassador says Biden has “opened up a new vocabulary of cooperation” with Greece Pyatt see deeper US-Greece strategic ties under Biden administration
The case will be re-tried in the framework now set by the Council of State Bombshell Council of State ruling accepts state’s vaccine side-effect liability
May Day should be honoured with a single march each year Editorial: Unity
Transcending the collective crisis will require leadership and not troublemakers Editorial: Messages
After a six-month shutdown, workers in the restaurant business laid the tables Editorial: The first step
The government has repeatedly said that the existing framework is outdated Battle royal looms over government bill overhauling labour relations, limiting strike action
The labour trade union movement is an invaluable and irreplaceable weapon of workers An urgent need for the rebirth of the trade union movement