This is the first time, most likely since the establishment of the Greek state, that such heavy charges, of corruption, have been unleashed in a cabinet meeting. 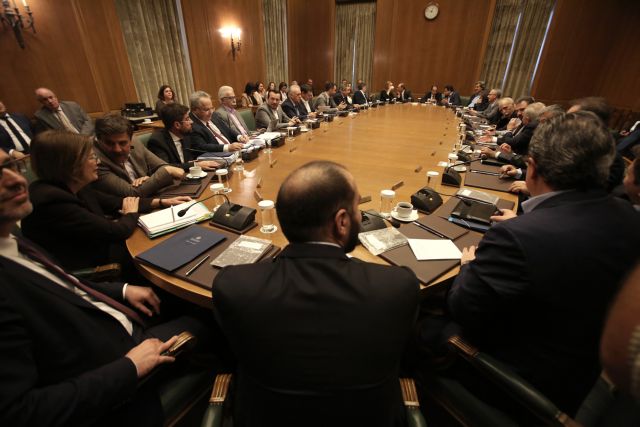 The cabinet meeting convened by Prime Minister Alexis Tsipras on 16 October in order to calm the waters between his ministers has proven fateful. That meeting ended up fanning the flames. The government was burnt, not merely because of a skirmish between two top ministers - Defence Minister Panos Kammenos and former foreign minister Nikos Kotzias - but because they clashed with mutual recriminations that included corruption allegations.

This is the first time, most likely since the establishment of the Greek state, that such heavy charges have been unleashed in a cabinet meeting.

The other ministers chose to remain silent. The prime minister attempted to make light of it, depicting himself as a victim of a personal dispute between two ministers, as a guardian would depict a fight between two children.

One is not interested in the degree of maturity of the PM’s ministers. What is of concern is what they said about the state’s black budget and other funds, and that requires immediate investigation. This is all the more true when the former foreign minister insists that something is rotten in the state of Denmark.

“Whoever engages in mudslinging has dirty hands,” he said. His resignation letter is full of barbs, which are more judicial than political in nature.

The investigation of this affair is a national necessity, especially since the prime minister is fighting tooth and nail to stay in power, indifferent to how much his government is disdained. In so doing, he forgets that a disdained government heaps scorn upon the country.