It is impossible for a society that is economically pressured and a market that is bedeviled by over-taxation to lead the economy to a growth path. 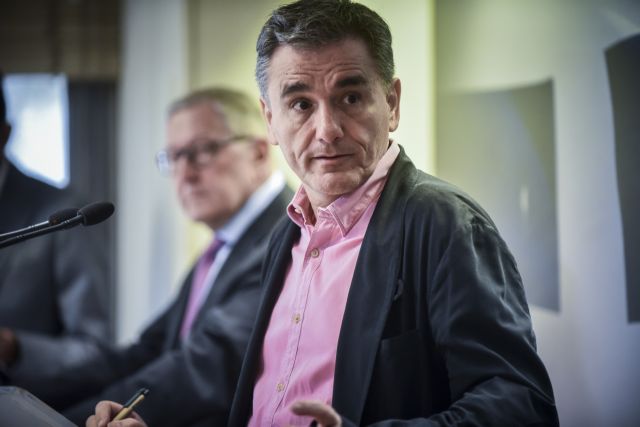 It was the “Old Man of Democracy, as the late prime minister Georgios Papandreou became known, who said that “When the numbers prosper, the people suffer.”

Ironically, it is a left-wing government which today has set out to prove in the most cynical manner that Papandreou’s famous quote is completely applicable today.

In order for the numbers to prosper the Tsipras-Independent Greeks government forced people into suffering. In order to collect money for all manner of electoral handouts, it halted public investment, froze the issuance of new pensions, and forced the state to behave toward citizens like the worst delinquent debtor.

The combination is toxic. It is impossible for a society that is economically pressured and a market that is bedeviled by over-taxation to lead the economy to a growth path. Without growth, it is impossible to create new jobs. In other words, the numbers prosper, even though the unemployment queues are endless.

It has been said that this government has proved to be the best pupil of Greece’s creditors. That is a half-truth. The other half is that it proved to be a fervent supporter of a state that enriches itself at the expense of the social whole, which it is supposed to be serving.

Often in the past, the Greek state treated citizens as potential crooks. That explains its extremely bureaucratic structure.

Now it treats citizens as pariahs, and indeed as pariahs who can be bilked.

Κοροναϊός : Από πού ξεκίνησε η μετάδοσή του στους ανθρώπους
Alexis Tsipras Greek Government Independent Greeks Market Liquidity Over-Taxation Pension Issuance Delays SYRIZA 16 Οκτωβρίου 2018 | 14:30
Περισσότερα άρθρα για Αγγλική έκδοση
The president-elect of Greece has won people over even before assuming office Editorial: Modesty
Marinakis just dealt the final blow to the so-called ‘clean-up’ of Greek Football in front of UEFA/FIFA
The dialogue Marinakis to Grammenos: «You have been doing anything that Savvidis was telling you for such a long time and now you’ve become sensitive?»
President-elect Ekaterini Sakellaropoulou symbolises Greece’s passage to a new era with greater consensus and less toxicity Editorial: A victory for democracy
'Our country is governed by the rule of law and is a force of stability, growth, and culture' President-elect Sakellaropoulou to focus on defending rights, sovereignty
Turkey’s provocations are non-stop Editorial: Audacity
Hospitals should not be excluded from public-private partnerships Editorial: Partnerships
The government in Tripoli has said that Greece 'has nothing substantial to offer'. Haftar in Athens, Greece to veto EU approval of Libya peace deal if MOU with Turkey not canceled
The nominee has the prestige and wherewithal to serve the office in a worthy manner Editorial: Consensus
The last president who was not a politician was Christos Sartzetakis who served between 1985-1990 In historic move, Mitsotakis taps Council of State chief to serve as first woman president
Realism at all levels and in every way must be the only guide Editorial: Realism
Greece cannot be punished ad infinitum for the errors of the past Lower primary surplus targets key to Greek economic growth
Indian slaves swap life of bondage for seat in boardroom at tea plantation
Editorial NEA: Puzzle
EU resumes probe into Boeing-Embraer deal, sets new April 30 deadline