The government did not only use refugees and migrants as a negotiating card in its skirmishes with creditors. The manner in which it managed European funds earmarked for their care raises at least suspicions. 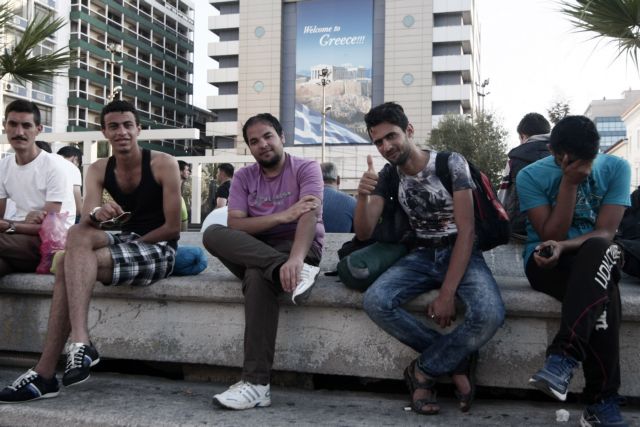 As a left-wing party, SYRIZA always exhibited a heightened sensitivity, at times with combativeness, on the issue of refugees.

As a ruling party, however, it demonstrated that that sensitivity was at least hypocritical.

The SYRIZA-Independent Greeks government offered a hell on earth to people who sought refuge in Greece in order to escape the ills of their own countries.

At the same time, the government exploited the pain and misery of these people in order to serve its own clientelistic aims.

That was perhaps a predictable development for a government which from the beginning exploited the refugee crisis. The competent minister at first said that migrants were simply sun bathing in central Athens’ Omonia Square, and then that they had disappeared.

The defence minister threatened that he will use migrant flows to pack Europe with jihadists.

From the start it was proven that there is not only a lack of sensitivity, but also a surplus of cynicism.

The government did not only use refugees and migrants as a negotiating card in its skirmishes with creditors. The manner in which it managed European funds earmarked for their care, a huge amount of money, raises at least suspicions.

The massive hiring of doctors, nurses, and administrative staff, beyond all legal procedures, as revealed today in Ta Nea, shows that this government showed no compunction about exploiting anything and everything to achieve electoral objectives.

It insists on acting with hubris.

TANEA Team 9 Οκτωβρίου 2018 | 13:34
Share
Δείτε επίσης
Περισσότερα άρθρα για Αγγλική έκδοση
The overturning of Roe v. Wade turns the clock back 50 years for American women. Editorial: Back and forth
Thymios' statement - “I no longer trust people.” – is a punch in the gut. Editorial: A punch in the gut
Editorial: Audits of politicians' wealth
Mario Draghi has a prominent position in the EU architecture Editorial: Alliance
After a certain point, the necessary caution is a matter of personal responsibility Editorial: COVID-19 and personal responsibility
Extremists still constitute a threat Editorial: Threat
A consciously responsible stance is needed Editorial: Maintaining COVID-19 alertness
The late PM Constantine Karamanlis famously said, 'We belong to the West' Editorial: Contradictions
The end of EU enhanced fiscal supervision signals the exit from the tunnel Editorial: Breakthroughs
Head of Greek Pomaks’ Association rips into Erdogan’s revisionist expansionism
All Greek governments since Andreas Papandreou's demanded the return of the Marbles Osborne: ‘Deal to be done’ on sharing Parthenon Marbles
All efforts toward a radical resolution of the refugee problem have failed Editorial: The end does not justify the means
France's centrist forces are rallying behind President Emmanuel Macron Editorial: The political centre
The Germans are returning, this time not to impose their will but to cooperate Editorial: Greece as a bridge between Western Balkans, EU
The demographic crisis must be managed swiftly Editorial: Demographic crisis