Fanning the fire of political blame

The pressures being exerted from various quarters for the assumption of responsibilities and for the tendering of resignations are great. 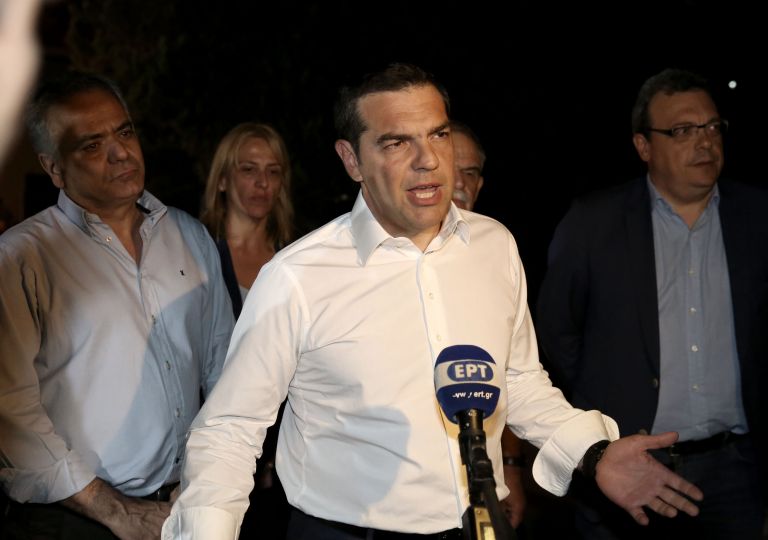 TANEA Team 26 Ιουλίου 2018 | 17:52
Share
The hour of facing responsibilities is hovering over the prime minister’s office, as it handles an extremely painful situation, and is being blasted by the press and citizenry for the fact that no government official has even apologised, and no one has resigned.
Hence, the PM is being prodded towards the “sacrifice” or sacking of officials whose remit is related to the blaze. The PM’s office denied reports that there were plans to sack high-level security officials.
Omissions, underestimation, stress on communications management, and a lack of coordination comprise the mosaic of the crisis and of the related political responsibilities.
The prime minister and his staff are placing great weight on yesterday’s generous and comprehensive package of disaster relief measures, which was announced partly as an effort to change the heavy climate, but also in order to protect the image of the PM.
The pressures being exerted from various quarters for the assumption of responsibilities and for the tendering of resignations are great. Yet, this is apparently not being considered in the PM’s office, which is backing the general secretary for civil protection and Attica Prefect Rena Dourou (SYRIZA).
“Whoever was at the wrong place at the wrong time should make it easier for the PM (to resign without forcing him to sack them),” was a phrase used in the past before resignations, which allowed successive PMs to transcend political impasses.
Yet, there are no such discussions in the cabinet or in SYRIZA’s parliamentary group, though some veteran cadres underline the need to take steps to defuse the situation.
Tsipras shoulders responsibility
As long as there are no resignations in the aftermath of the deadly wildfires, the blame falls on the PM. From the very beginning , the prime minister was not properly informed and did not have a clear picture of what was going on, as he canceled an engagement in Bosnia-Herzegovina and flew back to Athens to handle the emergency.
With the information available until now, Alexis Tsipras believes that no member of the government bears responsibility.
At the same time, main opposition New Democracy cadres privately cite cases in foreign countries where ministers resigned due to similar incidents, and they ask how it can be that after dozens of deaths there have been no resignations.

TANEA Team 26 Ιουλίου 2018 | 17:52
Share
Περισσότερα άρθρα για Αγγλική έκδοση
The EU’s adjustment of financial rules has facilitated the situation Editorial: Lessons
Editorial: The conundrum of early elections
It is common knowledge that all political parties seek the vote of Greece’s youth Editorial: Greece’s youth
In a democracy, elections cannot serve as a weapon for prime ministers Editorial: The need for electoral stability
Mitsotakis rules out any prospect of political consensus with SYRIZA
Merkel’s statement should lead us collectively to a rethinking of what happened and not reflexive indignation Editorial: The price of imprudent politics
Self-tests, contact tracing key to safe re-opening of schools Spike in COVID-19 cases expected after schools open next week
The repercussions of these illegal actions are not limited to public health Editorial: A threat to society
September has arrived, but the University Protection Groups did not keep the rendezvous Editorial: Rendezvous
Theodorakis exemplified the sacred and mystical marriage of music and poetry The Greek nation bids farewell to beloved composer Mikis Theodorakis
One must be very careful in making choices that will influence the education of future generations Editorial: The time has come for a bold ‘yes’
Hellenic Statistical Service Staikouras for GDP – Strong recovery confirmed
Destroying a minority: Turkey's September 6-7, 1955 pogrom against the Greeks of Istanbul
Addressing members of his AKP party in Rize, Erdogan accused the opposition of trying to keep Hagia Sophia closed Islamist, nationalist outburst from Erdogan on Hagia Sophia
The issue of food price hikes is decisive for maintaining social cohesion and social peace Editorial: Antidotes