Tomorrow, a neo-fascist-rooted party is expected to place first in the Italian general elections, and by all indications the prime minister will be Georgia Meloni. 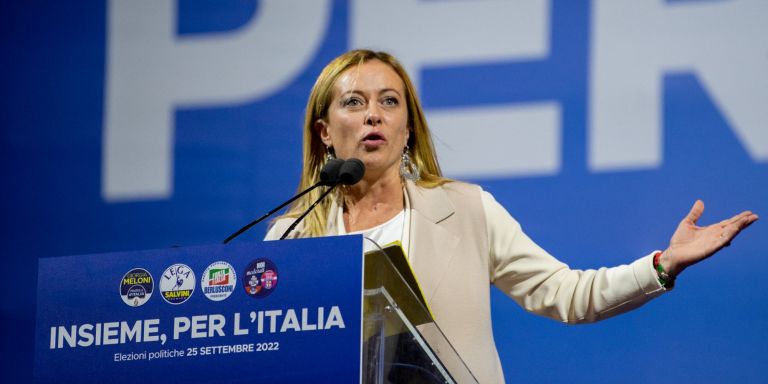 Two weeks ago, the far-right Sweden Democrats placed second in the country’s general elections, and by all appearances it will have a say in the next government.

Tomorrow, a neo-fascist-rooted party is expected to place first in the Italian general elections, and by all indications the prime minister will be Georgia Meloni (photo), a politician who in the past has supported Italy’s exit from the eurozone.

In France and Spain, the far right is gaining strength and, what is worse, it is in a “socialisation” process.

How worried should Europe be?

Every time an “anti-systemic” politician is preparing to assume power one hears the view that he or she will quickly adjust, with a softening of views.

Donald Trump belied that expectation, going as far as to dispute with violence the results of the election in which he suffered a clear-cut defeat.

Georgia Meloni’s intentions are for the time being unknown, but the obstacles she will encounter in implementing her policies are great.

Seven out of ten Italians support the euro, and a similar percentage is opposed to a ban on abortions.

Italy’s president and the Italian Constitutional Court’s president will impede her from dragging the country into dangerous adventures.

Meloni also cannot pick a fight with the EU.

She may admire Viktor Orban and have allied with Matteo Salvini and Silvio Berlusconi, yet in the coming years she will need Brussels, both in managing the country’s huge debt (over 150 percent of GDP), and for the disbursement of Italy’s share of EU Recovery Fund monies, to the tune of 200bn euros.

Moreover, in contrast to her political allies, she is not fond of Russian President Vladimir Putin.

That does not mean that liberals should be complacent.

European elites are still unable to find convincing answers to the concerns of citizens, and Europe is beginning to shift towards the hard right.

Western values are not imperilled only by wars, but also in elections.

Respect for the results of every honourable electoral contest does not limit the need to maintain democratic vigilance.