It is imperative to make it perfectly clear that under no circumstances will Greece enter into a discussion of Ankara’s neo-Ottoman, revisionist demands. 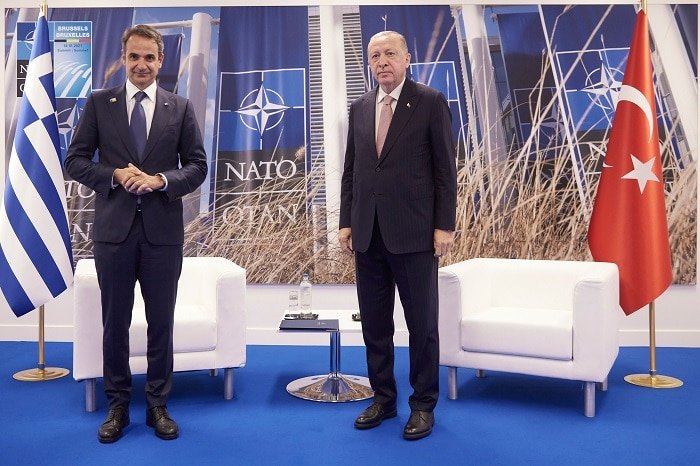 The scheduling of talks to be held on 13 March in Istanbul between Prime Minister Kyriakos Mitsotakis and Turkish President Recep Tayyip Erdogan was the right move at the right time, even as Ankara is conducting a balancing act, attempting to serve as a mediator in the Russo-Ukrainian war and even hosting talks (between the Russian and Ukrainian foreign ministers) in Antalya.

Athens should avail itself of the opportunity to stand on the side of legality and international law in all circumstances and to build a momentum from which it can benefit, if a consensus that one country cannot violate the sovereignty of another is established.

That is why the Greek side must be exceptionally careful in preparing the Mitsotakis-Erdogan meeting so as to secure the best possible results, knowing full well that the spokesman of the Turkish president’s Justice and Development Party (AKP) will not hesitate (as he did very recently) to raise issues such as Turkey’s revisionist claims regarding oil and gas exploration, the Aegean, and the Eastern Mediterranean.

It is imperative to make it perfectly clear that under no circumstances will Greece enter into a discussion of Ankara’s neo-Ottoman, expansionist “Blue Homeland” (Mavi Vatan in Turkish) doctrine, which disputes Greece’s maritime sovereignty as established by international law, at any level, especially at the highest.

TANEA Team 11 Μαρτίου 2022 | 21:50
Share
Δείτε επίσης
Περισσότερα άρθρα για Αγγλική έκδοση
European supervised drug consumption sites have been an inextricable part of drug treatment Editorial: The first step
The overturning of Roe v. Wade turns the clock back 50 years for American women. Editorial: Back and forth
Thymios' statement - “I no longer trust people.” – is a punch in the gut. Editorial: A punch in the gut
Editorial: Audits of politicians' wealth
Mario Draghi has a prominent position in the EU architecture Editorial: Alliance
After a certain point, the necessary caution is a matter of personal responsibility Editorial: COVID-19 and personal responsibility
Extremists still constitute a threat Editorial: Threat
A consciously responsible stance is needed Editorial: Maintaining COVID-19 alertness
The late PM Constantine Karamanlis famously said, 'We belong to the West' Editorial: Contradictions
The end of EU enhanced fiscal supervision signals the exit from the tunnel Editorial: Breakthroughs
Head of Greek Pomaks’ Association rips into Erdogan’s revisionist expansionism
All Greek governments since Andreas Papandreou's demanded the return of the Marbles Osborne: ‘Deal to be done’ on sharing Parthenon Marbles
All efforts toward a radical resolution of the refugee problem have failed Editorial: The end does not justify the means
France's centrist forces are rallying behind President Emmanuel Macron Editorial: The political centre
The Germans are returning, this time not to impose their will but to cooperate Editorial: Greece as a bridge between Western Balkans, EU