The government’s management of the pandemic and citizens’ fears regarding inflation have shocked households and function as a catalyst for political developments. 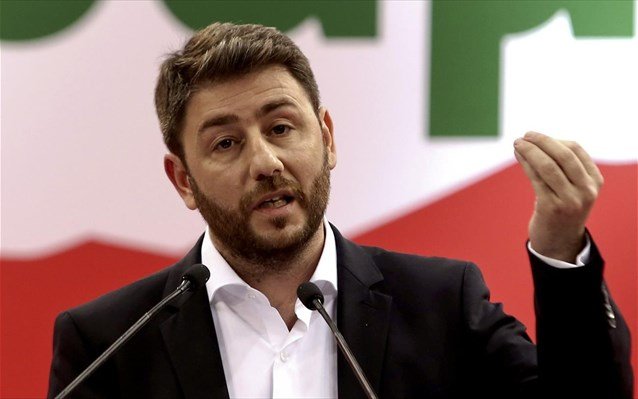 A new Metron Analysis poll shows ND retains an over 10 percentage point lead over SYRIZA, even as the Movement for Change (KINAL)-PASOK skyrocketed to 18.5 percent from 8.1 percent.

The results clearly show the emergence of a third political pole, KINAL-PASOK, according to the survey presented by MEGA television.

The poll indicates that the election of KINAL-PASOK’s new leader, Nikos Androulakis, has substantially boosted the party’s polling numbers and has stirred concerns in ruling ND and main opposition SYRIZA.

The government’s management of the pandemic and citizens’ fears regarding inflation have shocked households and function as a catalyst for political developments.

None of the three aforementioned parties has lost ground, in fact they have gained, which means they are tapping into the reservoir of undecided voters.

Citizens sense that a general election is coming and are taking clearer political positions even as party supporters rally together.

New Democracy’s predominance is indisputable, though it had two disadvantages – management of the pandemic and managing the economy even as inflation reduces purchasing power.

There is, therefore, a reservoir of voters in which both PM Kyriakos Mitsotakis’ New Democracy and SYRIZA want to make inroads.

KINAL appears to be attracting voters from both of the two biggest parties, and that is of the utmost concern for both.

In terms of the projective outcome of the vote, New Democracy garners 36 percent (an 11.8 percentage point lead), 3.9 percentage points below its finish in the 2019 general election.

The major surprise in the poll was the magnitude of KINAL’s gains. It garnered 18.5 percent, compared to 8.1 percent in the 2019 general election.

TANEA Team 21 Ιανουαρίου 2022 | 00:07
Share
Δείτε επίσης
Περισσότερα άρθρα για Αγγλική έκδοση
The US-Greece relationship is based on mutual respect Editorial: American vote of confidence in Greece
Turkey and Greece are moving in opposite directions Editorial: Turkey's dangerous games
The Ukrainians are fighting on home turf and have very high morale Dinner with Zelensky: the character of a Ukrainian hero
The PM is also mulling a substantial cabinet reshuffle Mitsotakis no longer rules out early elections, possible autumn dates floated
Editorial: A scourge at our schools
When time is of the essence, the government has a duty to act Editorial: It is high time for reforms
Mitsotakis underlined Greece’s crucial geostrategic position PM Kyriakos Mitsotakis’ historic speech to Joint Session of US Congress (full text)
A party without self-criticism and renewal cannot move forward Editorial: Political parties transforming
Greece’s role as an energy hub must be emphasised Editorial: Opportunities
Mitsotakis-Biden talks: Greek-Turkish relations, the war in Ukraine, wayward Turkey’s new role in NATO
It is not in Greece’s interest for Turkey to be isolated or humiliated Editorial: Opportunity
The Marshall Plan prioritised rebuilding export capacity How should a Marshall Plan for Ukraine work?
Drop in COVID-19 deaths - number of infections, intubated patients stable, hospital admissions rise
Policing of universities is an unpleasant but necessary measure Editorial: No excuse
A strict price inspections policy is needed to curb untrammelled price hikes Editorial: Dealing with inflation