Aside from vaccination, which remains the most valuable tool for checking the pandemic, personal responsibility is still of fundamental importance. 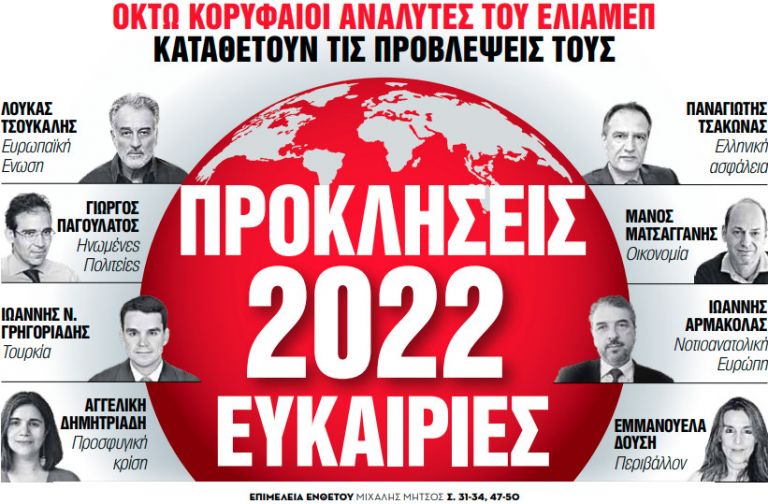 An American pundit described 2022 as “the year of living dangerously”.

It was a reference to three great threats to global peace: The conflict between Russia and Ukraine, China’s aggressiveness toward Taiwan, and Israel’s distrust of Iran’s intentions.

One might add two additional dangers and threats, not to peace, but to the very future of humanity.

The first is pandemics, which we thought science had totally vanquished. COVID-19 reminded us that one mistake, one oversight, or one irresponsible action can bring global disaster.

The onslaught of the Omicron variant with an enormous number of infections demonstrates that the adventure that began two years ago will not end any time soon.

Aside from vaccination, which remains the most valuable tool for checking the pandemic, personal responsibility is still of fundamental importance.

The second existential threat, which increases uncertainty about the future, is the climate crisis, about which there has been much talk but little action.

We think we have time. We do not.

We believe that the projections of scientists are exaggerated. They are not.

We believe that public health restrictions should only be implemented by others – governments and some large countries. That is a mistake.

We ourselves must change our way of life.

Climate change and the other major issues at this time – Turkey, Greece’s security, the refugee issue, Southeastern Europe, the EU, and the US – are the issues reviewed in the year’s last issue of Ta Nea by eight prominent academics and analysts of the Hellenic Foundation for European and Foreign policy (ELIAMEP).

Many challenges lie ahead. If at times they appear insurmountable, it is up to us to transform them into opportunities.

Happy New Year to one and all!

TANEA Team 30 Δεκεμβρίου 2021 | 14:33
Share
Δείτε επίσης
Περισσότερα άρθρα για Αγγλική έκδοση
Tsipras posts on the social media and frequently as possible Editorial: Obligations
Universities have become a sort of state within the state Editorial: Enough is enough!
Nobody for whatever reason has the right to beat a professor Editorial: Zero tolerance
The shift in America’s priorities should come as no surprise Editorial: Fluidity
We have the weapons, the experience, and obviously the collective will Editorial: Transcending the pandemic
How do you negotiate with Vladimir Putin? Editorial: Dilemma
Editorial: Phenomenon
Maintaining tensions does not contribute to dialogue or good neighbourly relations Editorial: Pragmatism in Greek-Turkish relations
The alarm bell of daily life is urgently ringing Editorial: Alarm bell
It is up to us to exit the pandemic on our feet Editorial: Caution
The cost of a total lockdown would be very high for the economy Editorial: The need for personal responsibility, again
Banks – They secure short-term loans to provide new ones
Price increases in energy threaten the viability of businesses
Tax clearance certificate – What to expect in 2022
There is no room for an irresponsible stance Editorial: Responsibility