The ambiguity of the position of the main opposition party regarding the compulsory vaccination of citizens age 60 or older does not help us transcend the pandemic. 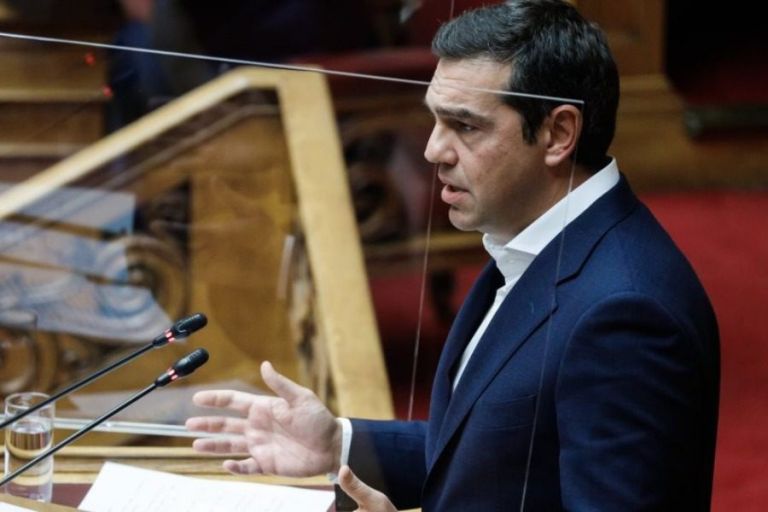 The ambiguity of the position of the main opposition party regarding the compulsory vaccination of citizens age 60 or older adopted by the government does not help us transcend the collective adventure of the pandemic.

It is a difficult but now necessary measure.

It is the only choice if the epidemic in Greece is to recede, given the data concerning the aforementioned age bracket, which is the most vulnerable but with a low vaccination rate in our country.

In that sense, a coarse opposition stance is ill-advised as regards the decision of the government and the fine that it will impose. We must not return to the rhetoric of a previous era that has nothing to do with what we are experiencing today.

Main opposition SYRIZA leader Alexis Tsipras not long ago accused the government of “timidity” and demanded that the government toughen its stance and limit the room for the unvaccinated.

What happened now that the government made the decision? Did SYRIZA shift stance or did it simply change its position to suit its opposition posture?

One does not raise these questions in order lambaste the main opposition, which after all is not governing.

One raises them in order to underline the institutional role of the main opposition in the political arena, especially in the current emergency conditions of the pandemic, which threaten social cohesion.

Everyone must now rise to the occasion.

TANEA Team 2 Δεκεμβρίου 2021 | 17:54
Share
Δείτε επίσης
Περισσότερα άρθρα για Αγγλική έκδοση
People want answers, persuasive plans, and arguments Editorial: Maturation
The pandemic and citizens’ fears regarding inflation have shocked households Metron Analysis poll: SYRIZA trails New Democracy, KINAL-PASOK skyrockets
It is imperative for the weapons programme to be implemented immediately Editorial: Arrivals
The charges of the victim garnered attention nationwide Editorial: Support
Greece is a peaceful Western country Editorial: Vigilance
Both SYRIZA and PASOK are in a transitional phase Editorial: Changes
Tsipras posts on the social media and frequently as possible Editorial: Obligations
Universities have become a sort of state within the state Editorial: Enough is enough!
Nobody for whatever reason has the right to beat a professor Editorial: Zero tolerance
The shift in America’s priorities should come as no surprise Editorial: Fluidity
We have the weapons, the experience, and obviously the collective will Editorial: Transcending the pandemic
How do you negotiate with Vladimir Putin? Editorial: Dilemma
Editorial: Phenomenon
Maintaining tensions does not contribute to dialogue or good neighbourly relations Editorial: Pragmatism in Greek-Turkish relations
The alarm bell of daily life is urgently ringing Editorial: Alarm bell